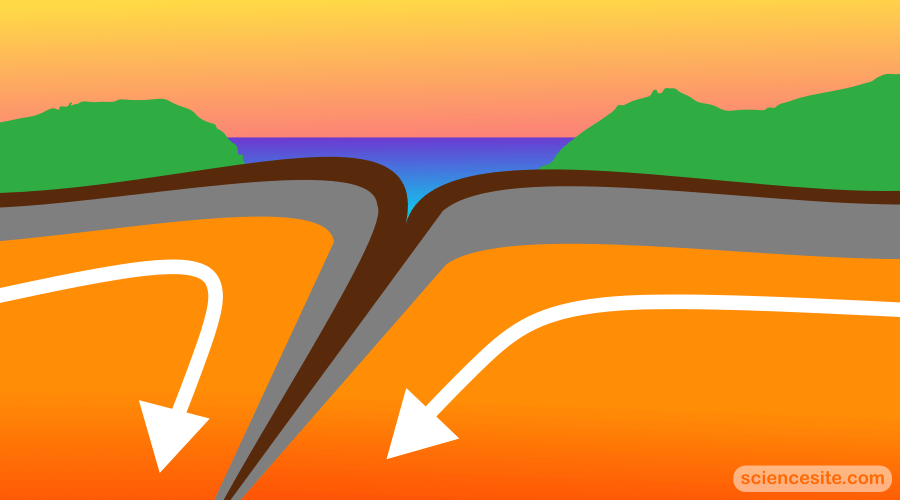 These plates are a crucial part of the earth and you will find your answer to that in this post. Our earth is always changing. Tectonic plates, which are enormous slabs of rock that divide Earth’s crust and give it the appearance of a cracked eggshell, jiggle around in fits and starts, reshaping our planet and maybe fostering life. Mountains are formed when these plates collide.

What are tectonic plates?

Large slabs of rock that divide the Earth’s crust, known as tectonic plates, move constantly, reshaping the planet’s terrain. Massive chunks of the Earth’s crust and upper mantle make up tectonic plates. Oceanic and continental crusts combine to form them. Earthquakes are common near mid-ocean ridges and significant faults that delineate the plates’ boundaries.
The plate tectonics hypothesis proposes that Earth’s outer shell (lithosphere) is separated into many plates that glide over the rocky inner layer of the Earth above the mushy core (mantle).
Plate tectonics has emerged as geology’s unifying theory. It explains the current and historical movement of the earth’s surface, which has resulted in the world’s tallest mountain ranges and deepest oceans.

How many tectonic plates are there?

The lithosphere, Earth’s solid outer shell, is made up of the crust and the upper section of the mantle. This brittle, rocky layer is divided into seven major and numerous minor tectonic plates that fit together like puzzle pieces. The major plates are African, Antarctica, Eurasian, Indo Australian, North American, Pacific, and South American.

The African Plate is a large tectonic plate that runs parallel to the Equator and the prime meridian. It encompasses much of Africa’s continent, as well as the oceanic crust that lies between the continent and several ocean ridges.

The third-largest major plate is the Eurasian Plate. The majority of Europe, Russia, and parts of Asia make up this region. On the north and west edges, this plate is sandwiched between the North American and African plates. The west side is separated from the North American plate by a diverging plate boundary.
The Eurasian Plate is a tectonic plate that spans most of Eurasia, except the Indian subcontinent, Arabian subcontinent, and the region east of the Chersky Range in East Siberia.

The Indo-Australian Plate is a major tectonic plate that encompasses Australia’s continent and waters. It also includes the Indian subcontinent and nearby oceans to the northwest. It was formed about 43 million years ago when the Indian and Australian plates collided.

This tectonic plate covers most of North America, the Bahamas, Cuba, extreme northeast Asia, and parts of Iceland as well as the Azores. Did you know this is the Earth’s second-largest tectonic plate? After the pacific plate.

This major tectonic plate includes the whole South American continent, as well as the Atlantic Ocean which extends eastward to the African plate. This then forms the southern part of the mid-Atlantic strip.

What is a tectonic plate boundary?

If we put this in simple words. When you look at the Earth, you can see that it looks just like a puzzle or cracked eggshell. That is because its outer surface is made up of about 20 tectonic plates, which are massive pieces of the Earth’s crust that fit together roughly and meet at plate borders.
Plate borders are significant because earthquakes and volcanoes are frequently connected with them. The border between two plates is known as a tectonic plate boundary. The tectonic plates move slowly and continuously but in a variety of directions. Some are approaching each other, while others are moving apart and grinding past each other. Based on the varied movements, tectonic plate borders are divided into three categories.

Subduction zones can be found everywhere along the Pacific Ocean’s edge, including off the coasts of Washington, Canada, Alaska, Russia, Japan, and Indonesia. These subduction zones, known as the “Ring of Fire,” are responsible for some of the world’s deadliest earthquakes, tsunamis, and volcanic eruptions.
A convergent boundary develops when two tectonic plates collide at subduction zones. When an ocean plate and a continental plate clash, the ocean plate bends downward and slides under the continental plate.

When two plates move apart from each other, that means a divergent boundary has occurred. This happens in zones such as the East Africa strip. Earthquakes are widespread along these boundaries, and magma (molten rock) rises from the Earth’s mantle to the surface. This solidifies to build a new aquatic crust. The Mid-Atlantic Ridge shows divergent plate borders.
The mid-Atlantic ridge, where the Eurasian Plate encompasses all of Europe and splits from the North American Plate, is an example of a divergent boundary. As fresh crust forms, this undersea mountain range continues to expand. It passes through Iceland further up that same boundary.

When two plates slide past each other horizontally, they produce transform plate boundaries. Do you know what is responsible for many California earthquakes? The San Andreas Fault, is responsible for many of California’s earthquakes. This is a well-known transform plate boundary. With the other plates that surround it, a single tectonic plate might have numerous types of plate borders.
These plates build tension, which is released in the form of an earthquake. This happens because these plates do not slide smoothly.

Keep in mind that nothing can prevent the next earthquake from happening. The numerous tectonic plates constantly shift and interact. The Earth’s outer layer is reshaped by this motion. This process produces earthquakes, volcanoes, and mountains. So we must always be prepared for safety during an earthquake.
You can prepare by finding safety spots in your house, and make sure each member in your house knows how to drop, take cover and stay. This must be practiced until it can be done perfectly. Lastly, always have a safety kit with you.