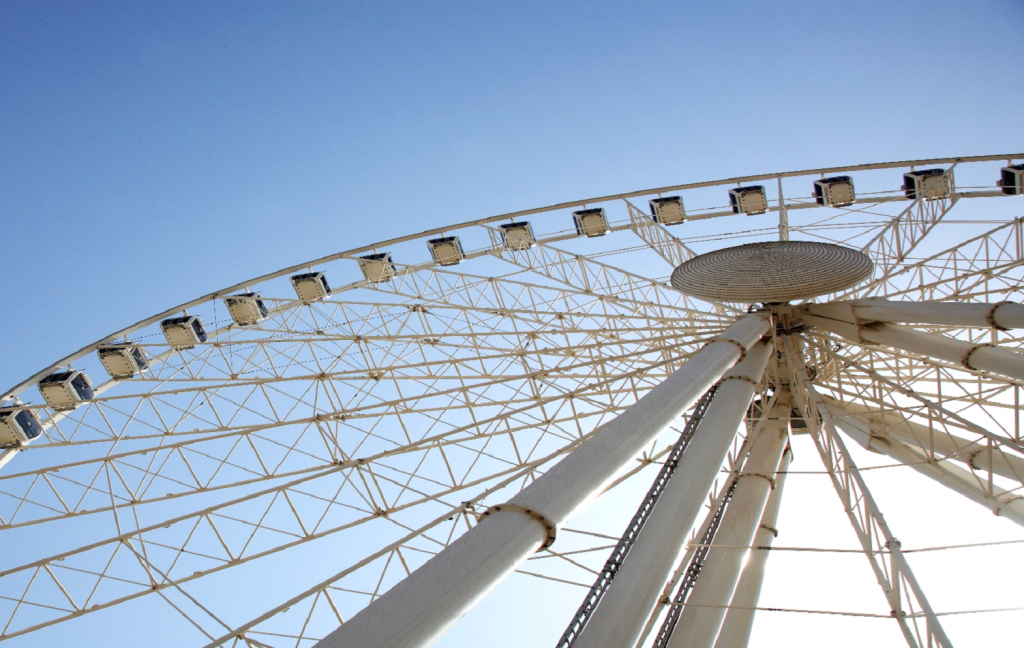 Circular motion in physics refers to the movement of an item along the perimeter of a circle or its rotation around a circle. It may rotate at a constant speed and angular rate, which is uniform, or it may rotate at a variable rate, which is non-uniform. A three-dimensional body rotates around a fixed axis while its constituent pieces move in circles. The movement of a body’s center of mass is described by the equations of motion. The body’s distance from a fixed point on the surface does not change when it is moving in a circle.
In our earlier sessions, we encountered a variety of motions. Some types of motion include rotational motion, oscillatory motion, rectilinear motion, uniform circular motion, and periodic motion. Circular motion is defined as a movement of an item while rotating in a circle. There are two types of circular motion: uniform and non-uniform. Let’s briefly explore uniform circular motion with examples in this post.

Circular motion was defined in the section before that. Uniform circular motion is the most basic form of circular motion, in which an item moves in a circle while maintaining a constant speed. Keep in mind that, in comparison to speed, the linear velocity of any moving object in a circle constantly changes. Why? Because the item is always changing its direction. Kinematics has taught us that acceleration is a change in velocity, whether it be in speed, direction, or both. Because of this, even if the magnitude of an object moving uniformly in a circle accelerates constantly.
Every time you ride in a car as it turns a corner, you personally experience this acceleration. You are doing a consistent circular motion if you maintain control of the steering wheel throughout the turn and proceed at a constant pace. What you experience is a sensation of sliding (or, depending on the speed, being hurled) away from the turn’s center. It simply occurs because one’s body chooses to continue going in a single direction (in accordance with Newton’s first law) while the car is deviating from this straight-line course; there is no actual force pushing on you.

The instances of uniform circular motion are as follows:
An illustration of uniform circular motion is the orbiting of artificial satellites around the planet. The satellites are kept in an orbit around the earth by the gravitational pull of the planet.
the circling of its nucleus by electrons.
the windmills’ blades in motion.
When a watch has a circular dial, the point of the second-hand moves uniformly in circles.

How do uniform circular motions occur?

The circular movement at a fixed speed is referred to as uniform circular motion. An object constantly changes its direction as it moves in a circle. You can tell that an item travelling in a circle is accelerating because of this shift in direction. Furthermore, an accelerated object must be subject to an imbalanced force in order for Newton’s equations of motion to apply. The direction of this counterbalancing force matches the direction of acceleration. The force and acceleration are internal for objects moving uniformly in circles. A net inward, or “centripetal,” force is necessary for circular motion.
An object cannot move in a circular motion in the absence of a net centripetal force. In truth, an object in motion keeps moving in a straight line at a constant speed if the forces are equal.

Holding a tennis ball on a flat, level surface can show you how to do this. If an imbalanced force acts onto the tennis ball and board, they will continue to move in the same direction and at the same speed. This explains Newtons first law of motion. The flat board will, however, accelerate if an uneven force is applied to it. The flat board will round the edge in a circular motion if the force is consistently applied to a spot at the center of the circle. However, because there is no imbalanced force exerted on the ball, it will continue to move in a straight line. In turn the tennis ball will get out from under the board.
A completely different occurrence will be seen if a block is fastened to the board in such a way that it exerts an unbalanced force on the ball that is pointed in the direction of the circle’s center. The ball can round the edge in a route that resembles a circle if the block is producing a normal force that is directed inward. The centripetal force necessary for circular motion is provided by the block. Uniform circular motion is possible when the condition for centripetal motion is satisfied.