Some Significant Real-Life Examples of Magnetism 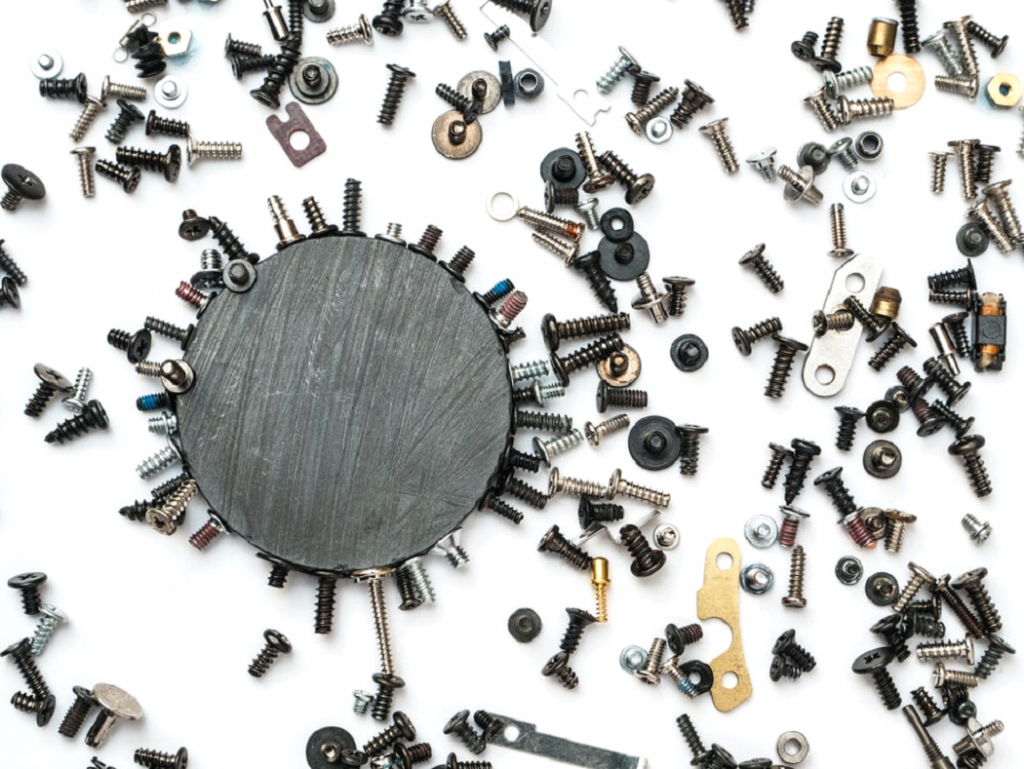 Magnetism is one of the four fundamental forces that exist not just on Earth, but in the universe. It is generated due to the motion of charges. There are two kinds of charges present at different poles of the magnet; a positive charge and a negative charge. When two objects contain opposite charges, there is sure to be a magnetic attraction between them. When objects containing the same charge are put together, they repel each other. This constitutes the basic properties of any magnet.
The charges present at the opposite poles also create a magnetic field that gives rise to other magnetic sources. We have magnets all around us to help in our daily life. Let’s look at some that we use and don’t realize that there is a magnet inside them.

Some commonly used magnets in our life are:

We use compasses to find directions; essentially, to find the magnetic north, the rest of the directions can be identified if we know the north alone. But how do you think it works? The compasses have a magnetic needle installed on a pivot. The needle in the compass has free reign to spin at will and it will point towards the north if not broken or malfunctioning.
When you go on hiking trips, you should take a compass to find your direction as it always points towards the north. Why do you think that is? This is due to the power of magnetism that works inside the compass with the help of a magnet!

Have you ever wondered how the door of the refrigerator opens and closes? Well, there are some strong magnets hiding in the fridge door that align perfectly with the weak ferromagnetic ceramics such as strontium ferrite and barium ferrite present in the fridge.
The force between the metals and the magnets of the door keeps it closed and doesn’t let any cooling seep out.

All microwave ovens also work with the help of magnets. The microwave ovens use magnetic force with the help of a device called a magnetron that produces microwaves and you get delicious meals in just minutes.
The magnetron is a vacuum tube devised to make electrons circulate in a loop-like manner inside its tube. On each side of the magnetron tube, there is a magnet placed that coerces all the electrons to move in a loop.

One of the fastest trains on Earth, the Maglev uses magnets to move. There are two sets of magnets that are used to propel the train. One is used to repel it above the tracks and the next set of magnets is used to move the train forward.
It takes a lot of advantage from the lack of friction and allows it to move at a lightning speed. So, when you plan your next trip by train, make sure to try out the Maglev, as it will amaze you with its magnetic speed!

Fans? Yes, even fans use magnetism to generate air. The fans move using the movement of the rotor and the stator. There are magnets attached to both of them. When they repel each other to the maximum capacity, the electric circuit switches one of the magnets over. This way, the magnets start repelling each other again.
This cycle continues repeatedly which keeps the rotor in motion and the fan keeps working to its maximum capacity. How cool is that!

You see cars moving every day, have you ever thought that they may have some magnets inside them?
Many car engines use electromagnetic properties to move the car. While fossil fuel engines use the energy from the ignition, electric vehicles make use of a magnetic coil that is attached to an axle. The coil is turned and as a result the wheels of the car also turn and the car takes the turns you want.

Yes, computers also use magnets! How do think that happens?
Well, you store data on hard disks? Right? This hard disk uses the phenomenon of magnetism to store all of your data! The disk is covered by a coating of magnets. There are billions or trillions of tiny magnets in this coating material.
By utilizing an electromagnetic head, all of your data is deposited in this disk and you can find it whenever you want!

Speakers also work with the help of an electromagnet. In order to make your speaker audible, the electric signals are converted into an audible sound with the help of the electromagnet inside.
When electric current flows through the magnetic coil, a magnetic field is produced. In turn, the magnet inside starts vibrating back and forth, due to the attraction and repulsion of the magnetic field. Thus, you get to hear the beautiful sounds coming from the device that you have attached to the speakers!

MRI means Magnetic Resonance Imaging, therefore, it’s obvious that it uses magnets to produce medical images. It is one of the most commonly used piece of medical equipment in hospitals worldwide. The MRI scanners utilize strong magnetic fields, radio waves, and magnetic field gradients to produce high-quality images of the organs inside our bodies.

So, you see how important magnets and magnetism is in our life. It is used in almost all kinds of machinery and technologies that we use daily.