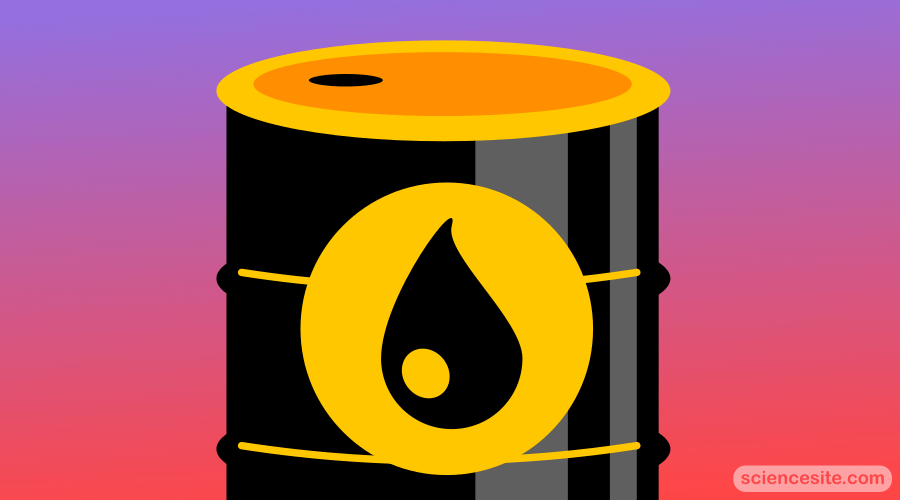 With the many uses of fossil fuels, the world would be useless if they vanished one day. Crude oil is also one of these fossil fuels. It has been used in many advancements all over the world.
Crude oil, also known as petroleum is one of the most important sources of fossil fuel. So, it is important to know what exactly it is. What are its uses and what are the benefits of crude oil?

So, What is Crude Oil?

Crude oil is known as fossil fuel because it is generated from the ancient fossils found underground. This oil that is extracted from the ground is actually from the animals and plants that lived centuries ago.
Over the span of more than a million years, the fossils and remains of the plants and animals were heated and compressed under layers of rocks until they turned into oil, which we call crude oil. It is called crude oil because it’s not yet refined to be used.
This crude oil is used just as it is as well in many things. It can be used as fuel as well as a base for many products.

The Uses of Crude Oil

This oil exists as a liquid in many layers of the earth’s crust. If we break it down, we get to know that it is made up of molecules of complex hydrocarbons and other organic compounds. Once extracted, this crude oil is subjected to distillation which breaks down the oil into different products of various weights, depending on the composition.
This way, crude oil is used in many aspects. Some of them are:
⦁ Majority of the crude oil is used for energy resources. It gets combined with many different fuels like diesel, gasoline, jet fuel, and heating oil.
⦁ The crude oil is also used to make heavier products like asphalt, and lubricating oils. Tar, and paraffin wax.
⦁ This oil is also used to produce various chemicals that include: petroleum, coke, sulfur, and petrochemicals.
This is only the gist and the most obvious products that are derived from crude oil. There are many more products that are derived from petroleum byproducts. These products include fertilizers, insecticides, vitamin capsules, soaps, and perfume.

The Benefits of Crude Oil

The discovery of crude oil was the turning point in life. There are thousands of products that people enjoy are created directly or indirectly from crude oil. These products have not only benefitted people but have also changed their life for the better.
Crude oil is an important source of heat. Heating it and other petroleum products keeps homes warm in colder weather. This makes it easier for people to get modern living in deadly cold weather.
Many crude oil products are also energy carriers, which means that when they are burned, they release energy that can be utilized in various products like diesel, gasoline, and jet fuel.
Crude oil also makes lubrication oil for modern-day machinery that helps it move smoothly. One more thing that uses crude oil is asphalt. All cars and trucks move on asphalt, which is relatively easier to lay than concrete and as a result, it’s also quite affordable.
Crude oil as petroleum is also used as an essential ingredient in products like soap, paints, and detergent. It also takes about 16 gallons of crude oil to manufacture furniture, specifically a modern beautiful sofa.

The Repercussions of Crude Oil

Even though crude oil has many benefits in modern society, it has quite a lot of repercussions and disadvantages as well. Some of the worst disadvantages of crude oil are:

Oil drilling is a dirty business that affects communities and wildlife simultaneously. Oil drillings are projects that operate 24/7, generating vast amounts of pollution and greenhouse gases that damage the Earth. From public places to wildlife, everything gets destroyed.
For many years, we promoted the advancement of fossil fuel development, not knowing the impacts it’s going to have on the environment and within a couple of years, now the greenery and wildlife are diminishing due to the damage caused.

Fossil fuel gases aren’t only dangerous to the environment, but they are also highly hazardous to humans. With exposure to pollutants on a daily basis, our health is declining day by day. Additionally, when these fossil fuels are burned by the industries, power plants, and vehicles, they generate even more impurities and release them into the air.
The air pollution caused by these fossil fuels is known as the “Invisible killer,” as it can lead to many health hazards like cardiovascular and respiratory diseases. These fossil fuel toxins can also go into the soil and water which can cause Cancer and other bodily damage.

As we know that climate change is happening more and more rapidly over the years, what do you think is the number one cause of it? Well, fossil fuel emissions directly impact the climate and cause it to change over the years.
The planet is becoming hotter by the year and fossil fuels are to blame for it. With fewer trees and greenery, it is harder to maintain the climate, therefore, it is sustaining the brunt of it all, making the Earth become warmer every day.

Even though the discovery of crude oil from fossil fuels is a great advancement in technology, it is still causing a lot of problems from the health of humans and wildlife, to the health of the planet, everything is gradually declining. So, it is important to take measures that will limit as well as contain the pollution that is emitted through all the fossil fuels.