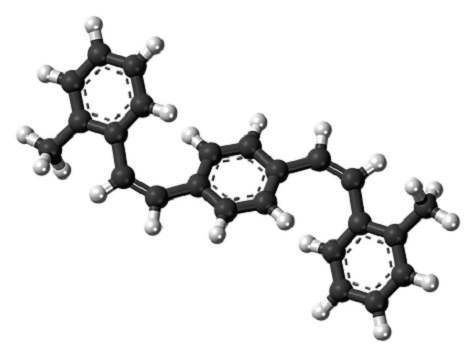 Benzene is a material that is formed naturally by volcanoes and forest fires and is found in many plants and animals as well. It is also a significant industrial chemical that is manufactured from coal and oil. Benzene is a transparent, colorless and clear liquid. In the manufacturing process, benzene is used to create various chemicals, polymers, detergents, and insecticides. Additionally, it is a part of gasoline.

With the chemical formula C6H6, Benzene is one of the most essential organic compounds. It is the parent compound of various aromatic compounds as well.

Dive into the article to learn more about benzene including its properties, characteristics and uses.

Commonly known as ‘Benjamin’, the word benzene derives historically from ‘gum benzoin’. It was first discovered by an English scientist Michael Faraday in illuminating gas. However, the title ‘benzene’ was given by German Chemist Mitscherich in 1833. German researcher August Kekule solved the puzzle of the cyclic structure of benzene in 1865 after having a dream about a snake biting its own tail.

Nevertheless, Kekule did not find any evidence of interactions between the double bonds. An American scholar Linus Pauling stated that benzene has a hybrid structure made up of delocalized electrons. This was how Kekule’s finding was improved. Although it has a mildly pleasant and sweet fragrance, benzene is carcinogenic.

A colorless liquid with the chemical formula C6H6, benzene has a distinctive smell. Six carbon atoms form the closed ring structure of benzene, which is joined by bonds that alternate between single and double bonds. One hydrogen atom connects each carbon atom. Benzene melts at 80.1 degrees Celsius and melts at 5.5 degrees Celsius. The key chemical group known as aromatic chemicals includes benzene and its derivatives. Benzene acts as a precursor in the creation of plastics, synthetic rubber, medicines, oil, and dyes.

Unlike alkenes, benzene is pretty difficult to oxidize. Resultantly, the hydrogenation of benzene occurs relatively slowly as compared to the hydrogenation of other several organic compounds consisting of carbon-carbon double bonds. In addition, the majority of benzene reactions fall under the category of electrophilic aromatic substitution, which maintains the ring intact; however, substituting one of the hydrogens attached to it. These flexible reactions are frequently utilized to create benzene derivatives.

The Structure of Benzene

Since its discovery, benzene’s structure has been of interest to scientists. It is a cyclic hydrocarbon chemical formula in which each carbon atom is composed of a 6-membered ring. Moreover, each ring is linked with only one hydrogen atom. Molecular orbital theory reflects benzene rings involve the development of three delocalized π. Whereas the valance bond theory stated that there are two stable resonance structures for the ring.

Benzene is characterized as a hydrocarbon due to its chemical formula. There are six hydrogen atoms in benzene giving an impression that the ring is unsaturated and each atom is linked with one double bond. The arrangement of bonds in benzene is said to have confabulated double bonds since the double bonds that made the structure typically are separated by a single bond. Inside the hexagon, a circle acts as an alternative symbol utilized to represent the six pi electrons within the benzene structure.

⦁ Benzene is a colorless liquid and has an aromatic odor.
⦁ It is soluble in organic solvents but immiscible in water.
⦁ Benzene is lighter than water and has a density of 0.87g cm-3.
⦁ Benzene is extremely flammable and burns with a sooty flame.
⦁ It shows resonance and has a high melting and a moderate boiling point; the Melting point: is 5.5°C and the Boiling point: is 80.5°C.

A few major uses of benzene are mentioned underneath:

In addition, there are other major uses of benzene as well. It is commonly used in the preparation of other chemicals as well; such as cumene, cyclohexane, ethylbenzene, alkylbenzene, nitrobenzene, and more.

According to the Department of Health and Human Service, Benzene C6H6 can cause severe health problems in humans. Humans exposed to benzene through acute (short-term) inhalation exposure may experience fatigue, headaches, eye, skin, and respiratory tract irritation, and unconsciousness as well.