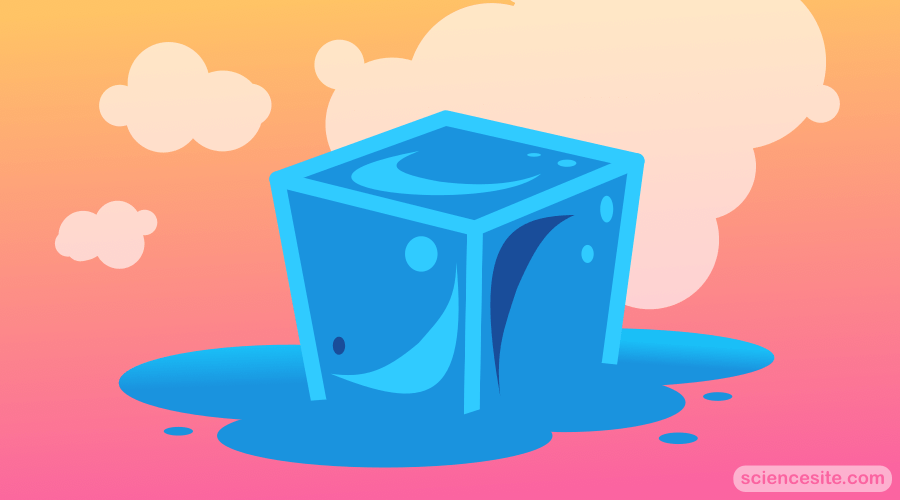 When we look at matter from the most fundamental perspective, we get to know that matter is found in three basic states: mainly solids, liquids, and gas. Even though some new forms of matter have also been discovered, but the most forms you’ll observe in your daily life are solids, liquid, and gas.
The other discovered states are called plasma, which is easy to decipher, Bose-Einstein condensates, and neutron degenerate which are the states of matter that are only formed in extreme situations like ultra-cold mediums or ultra-dense mediums.
Scientists have also talked about and theorized about more forms of matter, but they are yet to be experienced therefore, they remain theoretical. One of these states is called quark-gluon plasmas.

The Visible States of Matter

The distinction between the states is made through the qualitative differences in properties. When you observe solids, you see that it retains its shape and volume with no difficulty. However, when you examine liquids, you see that the volume remains the same but the shape of liquids depends on the container.
Gases are a different matter entirely; neither do they retain their volume nor shape. The last visible matter is plasma, which is a mix between liquids and gases. Not only does its volume and shape vary, but so do its neutral atoms. How is that possible? Let’s take a detailed look at each of these states:

In solids, the particles are closely packed together, which doesn’t allow them free movement. The force between the atoms, ions, and molecules is so strong that the particles can only show vibrating movements, not allowing them free mobility.
This results in a firm and stable shape and a definite volume of solids, which can only be changed with external force, like when solids are cut or broken. Solids are also found in crystalline states. In this condition of solids, the ions and atoms in its structure are packed in a uniform order that shows a repeated manner. These crystal forms of solids can have different structures of the same substance at different temperatures, so, when you observe crystalline iron, it appears to have a body-centered cubic structure at 912° and between 912° and 1394°C, it has a face-centered cubic structure.
Similarly, other solids also have different crystalline shapes as well. Ice is known to have fifteen known crystal structures that are formed at different temperatures and pressures.

Liquid particles have the freedom of movement, but their bonds are still strong enough to keep them intact. It conforms to the shape of its container, where its volume remains constant irrespective of its pressure. This volume of liquids remains the same if the temperature and pressure are constant.
Solids can be turned into liquid when they are heated above the melting point. This way when the particles are heated, they lose the strong bonds between them which allows them to move freely in fluid form.

Gas molecules have very weak or no bond between them which allows them to move freely without restraint. It has no shape and if you put gas in a container, it’s going to expand to fill up the entire container.
The molecules of gas have a lot of kinetic energy, which minimizes the intermolecular forces. This is why gas has no definite volume or shape. A liquid can be turned into a gaseous form by either heating it at a constant temperature or at a constant pressure that equates to the boiling point.
When gases exist below their critical temperature, they are called vapors. In this state, gases can be liquefied effortlessly by the compression method. Vapor can co-exist in equilibrium with solids as well as liquid and the gas pressure here is equal to the vapor pressure of the solid or liquid.
Another form of gas is Supercritical Fluid (SCF). This is a gas whose pressure and temperature are above the critical pressure and circle temperature. In this form of gas, the visible difference between gases and liquids disappears. This supercritical fluid has all the physical properties and characteristics of gas but the high density it possesses shows that it’s quite similar to liquids in some cases.

Plasma is similar to gases with no definite shape or volume. The electrons in this state are also ripped away from their nuclei, which allows them to form an electron sea and gives plasma the ability to move freely as well as conduct electricity.
The plasma state is the most visible state in the universe which is often misunderstood. You actually see it regularly and observe it unconsciously. All the lightning, neon lights, fluorescent lights, and stars are all examples of plasma states in the illuminated matter.
You can usually turn gas into plasma either by exposing it to extremely high temperatures or by exposing it to huge voltage.

The Unclassified States of Matter

There are some states of matter which are still a bit confusing and are not classified yet. Some of them are:

Glass is said to be an amorphous or non-crystalline solid material that turns into glass when it’s heated and turned into a liquid state. This glass can be created using many different materials, like inorganic networks that make window glass, which can be created with metallic alloys, aqueous solutions, ionic melts, and polymers. The conversion rate of glass is about zero and thermodynamically, it is a metastable state.

This state of matter exists between mobile liquids and ordered solids. This means that these liquids flow like liquids but they have a long-range order. Their bonds are strong and don’t roam, which is why this liquid only flows in one direction.

Looking at these states, it can be said that there is more than just solid, liquid, and gas to states of matter. Many more states of matter exist in this universe that are yet to be discovered and scientists are still working on them.