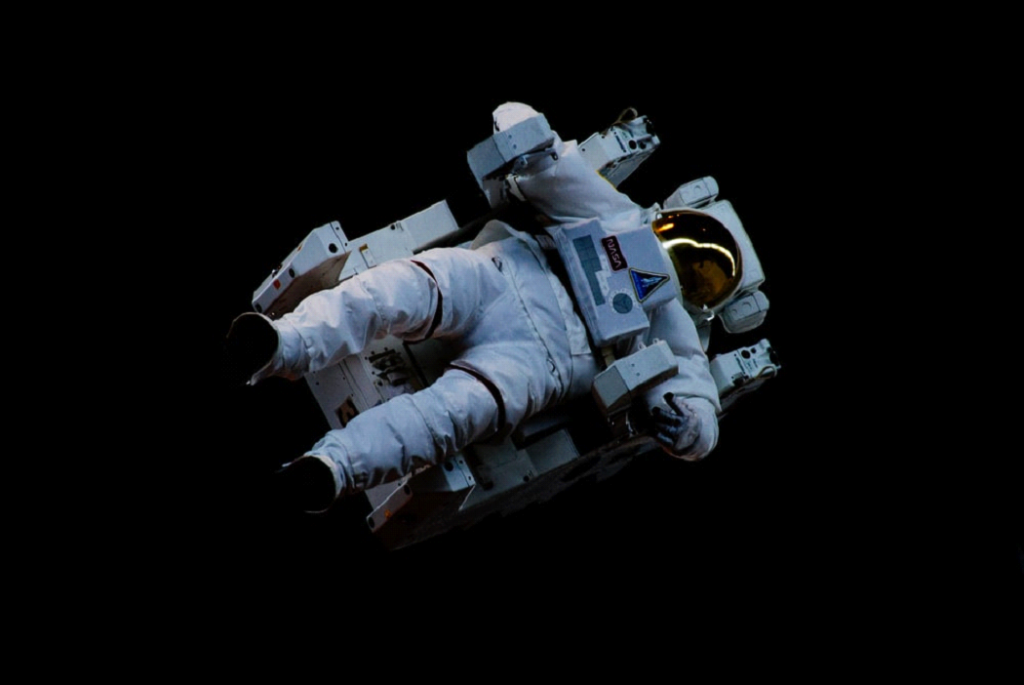 When watching the astronauts floating on the moon have you ever wanted to experience the same? But how come they can float and we can’t? What is this unique phenomenon that only exists in outer space?
Well, here, on Earth, we have this amazing thing called gravity that keeps us all grounded. The force with which our planet, Earth, attracts all the masses towards itself is called weight.
So, how do the astronauts float in space? Don’t they have weight?

Is There Any Gravity in Outer Space?

Gravity is the one thing that pulls everything down. Some people believe that things float in space because there is no gravity there. However, gravity is found in small amounts all over space. This is what’s keeping all the other planets in their position and the Moon and the Sun as well.
Gravity is what keeps the Moon in orbit around the Earth and the Earth in orbit around the Sun. However, gravity starts becoming weaker with distance. It is possible for aircraft to go high enough that the person would feel very little gravity. But this isn’t why things float.
Things in outer space float due to weightlessness which is caused by free-falling. How can that happen?

The Spacecraft is falling around Earth!

How can an object fall ‘around’ Earth?
Earth’s gravity keeps pulling objects towards the land. Similarly, it applies the same force to the space station which results in making it fall towards the Earth’s surface as well. However, the space station is also moving at a very high speed, approximately 17,500 miles per hour which is equivalent to the way Earth’s surface curves.
If you’re going to throw a ball from the same height as the spacecraft, it’s going to curve downwards towards the Earth’s surface and reach the ground pretty quickly. This is because the ball isn’t moving on its own. The only force it’s experiencing is the pull of gravity, therefore, it reaches the ground. On the other hand, the spacecraft’s speed is equal to the Earth’s curve, which enables it to orbit the Earth’s surface without falling towards it. So, you get the spacecraft falling ‘around’ the Earth!
The same concept enables the Moon to orbit around the Earth as well. Its speed is equal to the Earth’s curvature, allowing it to fall around the Earth while orbiting.

When there is little gravity in a place with no atmosphere, the zone is said to have microgravity. Here, you get to experience weightlessness. From a feather to a rock to heavy machinery, each object appears to have no weight whatsoever. For example, in outer space, astronauts can move objects weighing hundreds of pounds with their fingertips.
How cool is that!

Many scientific experiments and studies are conducted by undergoing weightlessness during parabolic flights.
How does that work?
When an aircraft moves alternatively in an upward and downward arc, it reproduces gravity-free conditions, allowing scientists to perform experiments. In order to create the same sensation of microgravity, the pilot of the airplane sets the thrust the same as the drag and removes lift. This is when the only force that’s on the airplane is weight, so the passengers with the plane itself experience free fall. This is what produces the weightless experience. However, planes can only fall so far before they reach the ground.
So, before this maneuver, the pilot directs the plane upwards and administers a burst of thrust. This way, the plane encounters 20-30 seconds of free fall as it concludes the climb and begins to fall back in the direction of Earth. Finally, when the plane returns back to the same altitude that it started from on the front half of the arc, the pilot of the airplane re-engages lift so that he can make the airplane return to a stable altitude, and then the pilot prepares for the next climb. These experiments allow scientists to study microgravity on Earth without going into outer space.

Weightlessness is an interesting yet complex subject. It is fun to experience but not so much to study. Still, it has helped scientists make important scientific discoveries and learn a lot about how our universe functions.