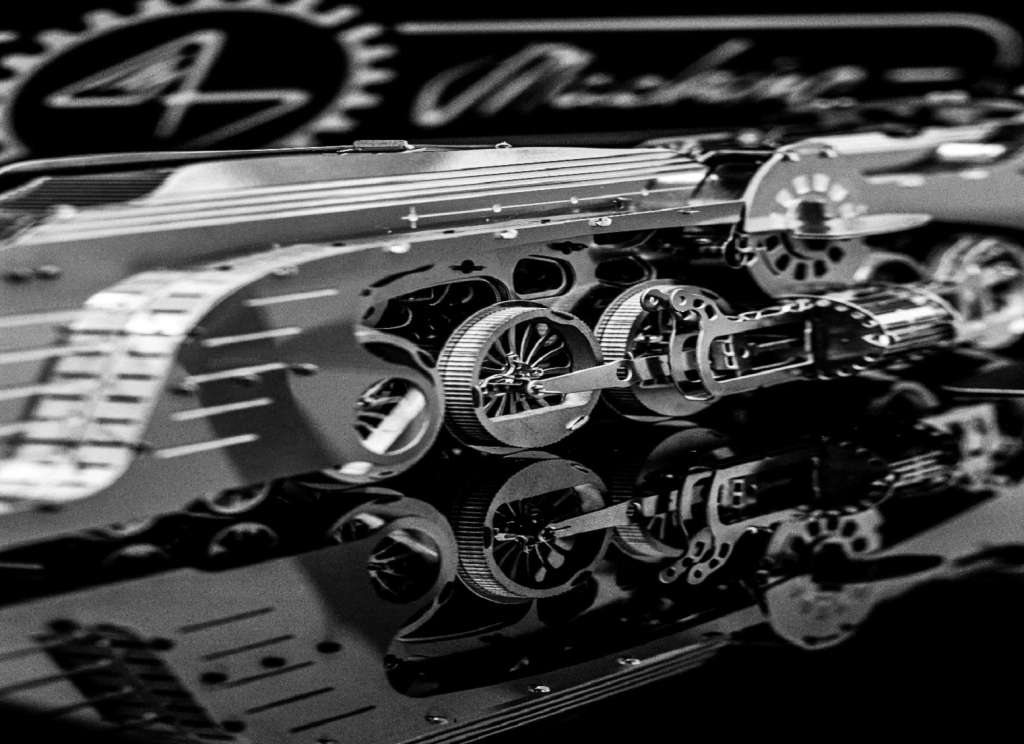 Mechanics studies how objects move when exposed to forces or separations and how those movements affect the surrounding environment. It is also a branch of Physics. One of the earliest sciences to be formed historically was mechanics. It had a profound impact on philosophy and gave rise to the systematic advancement of science due to its inherent beauty as a mathematical field and its early extraordinary success in quantitatively explaining the movements of the Earth, moon, and other planets.

This is the science that studies how bodies move when forces are acting on them, including the unique situation where a body is at rest. The forces that objects apply on one another are of primary relevance in the subject of motion. Due to the forces involved, this leads to the study of subjects like gravity, electricity, and magnetism. Given these forces, one can look for the way that bodies move when subjected to those forces. This is the true meaning of mechanics.
Classical and Quantum mechanics are the two subdisciplines of mechanics.

What is classical mechanics?

Classical mechanics addresses the issues of how objects move when they are subjected to various forces as well as the forces that act on a stationary item.
The term “classical” denotes the absence of atomic-scale phenomena or circumstances in which an object moves at a speed that is a significant fraction of the speed of light. Quantum mechanics is necessary to describe atomic events, whereas Einstein’s Theory of Relativity is necessary to describe phenomena occurring at extremely high speeds.
We can determine the motions of baseballs and bullets, planets, and spacecraft using the equations of classical mechanics. These rules allow us to determine the tension in the wire used to hang a picture on a wall as well as forecast the position-versus-time relation for a cylinder that is rolling down a sloped boat.
In a world with structures like buildings, cars, airplanes, ballistic missiles, and bridges, the real value of the subject hardly needs to be demonstrated. Nevertheless, even if one has no professional reason to study classical mechanics, it is the theory that best explains an incredibly wide range of phenomena on the basis of a small number of basic principles.

What is quantum mechanics?

Although there are some macroscopic systems it also directly applies to, quantum mechanics can be considered of as the study of physics on very small timescales. In contrast to classical mechanics, some quantities can only take on discrete values, hence the term “quantum.” Some quantities, however, continue to have continuous values, Particles in quantum physics exhibit wavelike characteristics, and the Schrodinger equation, a specific wave equation, determines how these waves react. We can still use all of our standard methods for resolving a wave equation and handling the resulting solutions despite these variations.
Quantum mechanics is another example of a system controlled by a wave equation. Although dealing with the actual waves is pretty simple, there are many aspects of quantum mechanics which are a combination of complex, confusing, and weird. A few examples are the measurement problem, Bell’s theorem and hidden variables, as well as wave-particle duality. The great thing about quantum mechanics is that it’s quite simple to apply it to a physical system in order to understand how it acts, despite the fact that there are many aspects of it that are extremely difficult to understand.

These are further divided into three branches. Kinematics explains the potential motions of a body or system of bodies, while kinetics aims to predict or explain the motion that will take place in a certain circumstance. Statics deals with forces operating on and in a body at rest. Alternately, mechanics can be separated based on the type of system being examined.

Statics is the branch of mechanics in physics that deals with the forces that act on objects at rest in an equilibrium state. Buildings, bridges, dams, cranes, and other comparable mechanical structures have all benefited greatly from the techniques and findings of statics science. Engineers and architects must first ascertain the forces acting on such structures and devices in order to compute their dimensions. Statics offers the graphical and analytical techniques required to recognize and explain these unidentified forces.
Statics presupposes that the bodies it works with are completely rigid. Additionally, it states that there must not be any potential for the forces to turn the object around any axis and that the total sum of all forces acting on the body at rest must be zero (i.e., the forces at play balance one another).

The goal of kinematics is to provide descriptions of the spatial positions of bodies or systems of material particles, as well as the speeds and velocities of those particles (acceleration). Only particles with limited motion, or those travelling along predetermined pathways, are able to have motion descriptions when the causing forces are ignored. Forces control the path’s form in unrestrained or free motion.
A list of places and related times would make a good description of the motion of a particle travelling along a straight line. A mathematical formula that expresses position in regards to time would be necessary for a continuous description.

The area of physics that deals with the study of movement is known as mechanics. Because motion is a core principle in all of science, mechanics will be crucial for you regardless of your area of interest in engineering or science.