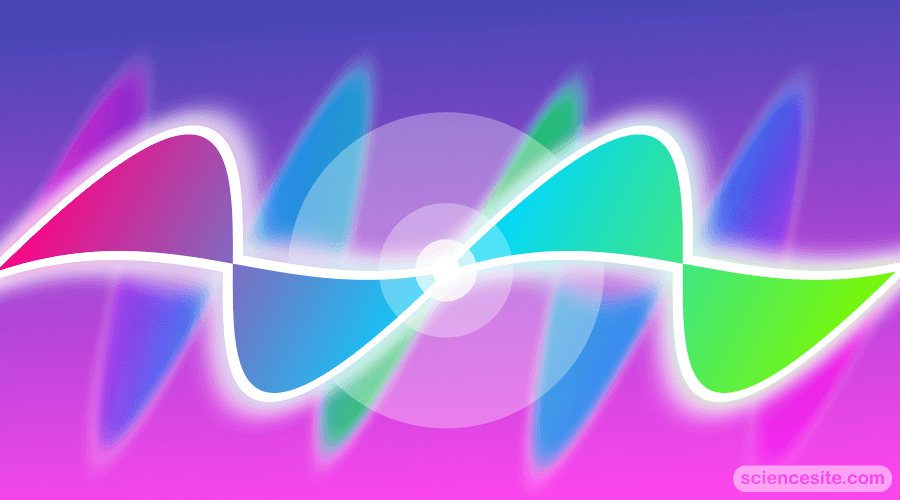 This principle holds that matter and light exhibit both wave-like and particle-like properties, depending upon the circumstances. Albeit complex, the topic is among the most intriguing ideas in physics.

Back in the 1600s, Sir Isaac Newton and Christiaan Huygens proposed two theories defining the behavior of light. The former suggested a wave theory, whereas the latter presented a “corpuscular” or particle theory. Huygen’s approach had some issues and did not match the observation, and Newton received all the support due to his name. So, for more than 100 years, Newton’s theory was dominant.

In the early 1900s, there were some complications regarding the corpuscular theory. Scientists had observed diffraction, and there was trouble explaining it adequately. Thomas Young’s famous double-slit experiment depicted the apparent wave behavior. It also supported Huygen’s wave theory over Newton’s particle theory.

Waves are believed to propagate through some kind of medium. The medium proposed by Huygen was luminiferous aether, known as ether in modern terminology. This was further elaborated when James Maxwell quantified a set of equations. These equations explained electromagnetic radiation and visible light as wave propagation. He assumed ether as the propagation medium, and the experimental results proved his predictions to be relatively consistent.

The biggest problem concerning the wave theory was the absence of ether. Furthermore, astronomical observations in stellar aberration in 1720 by James Bradley indicated that ether needs to be stationary relative to Earth in movement. Through the 1900s, many scientists attempted to detect either and its movement directly, such as the famous Michelson-Morley experiment. Unfortunately, all experiments failed to detect the presence of ether. These failed experiments were the beginning of a huge debate: Is light a particle or a wave?

In 1905, Einstein explained the photoelectric effect in his paper. The paper suggested that light travels as a discrete bundle of energy. A photon containing energy was related to the frequency of light. This theory was known as the photon theory of later years later after the term photon was coined.

Once photons were discovered, ether was no longer essential as means of propagation. However, the strange paradox as to why wave behavior was observed remained unanswered. The quantum variations of the double-slit experiment and the Compton effect were more peculiar quantum variations, confirming the particle interpretation.

Once evidence accumulated and experiments were performed, there were clear and alarming implications:

Light functions as both a wave and particle. Its nature depends on the circumstances of an experiment and the time of observations.

Now the next question was: Does such duality exist in matter as well? It was answered by the de Broglie hypothesis, which was an extension of Einstein’s work to relate the matter’s wavelength to its momentum. The assumption was confirmed by successful experiments in 1927, and de Broglie received a Nobel Prize for his work.

Like light, it was observed that matter also exhibits wave and particle properties, depending on the circumstances. Massive objects show smaller wavelengths so insignificant that it’s trivial to consider them in a wave fashion. However, wavelengths can be observable for smaller objects and are pretty significant, as suggested by the double-slit experiment with electrons.

Wave-particle duality explains all behavior of light and matter through a differential equation. This equation represents a wave function in the form of the Schrodinger equation. Simply put, the ability to describe reality in the form of waves is the core of quantum mechanics.

The most fundamental interpretation is that the wave function represents the possibility of finding a particle at any given point. This probability equation can interfere, diffract, and exhibit other wave-like properties, ultimately resulting in a probabilistic wave function exhibiting these properties. In simpler terms, the chance of a particle being in any location is a wave, but the actual physical appearance of that particle is not.

Albeit complicated, mathematics has made accurate predictions most of the time. Still, the physical meaning and interpretation of these equations are much harder to understand, and that’s the whole point of quantum physics. It aims to explain what the wave-particle duality actually means. So far, there have been countless interpretations to explain these phenomena, but they are all limited to the same set of equations and explain the same experimental observations.

According to modern physics, these processes are interactions between various quantum fields, considered the fundamental entities of physics. The whole concept is pretty difficult to wrap our heads around, so if you think these ideas are beyond your understanding, do not fret, for you are not alone. In the words of Richard Feynman, “I think I can safely say that nobody understands quantum mechanics.”