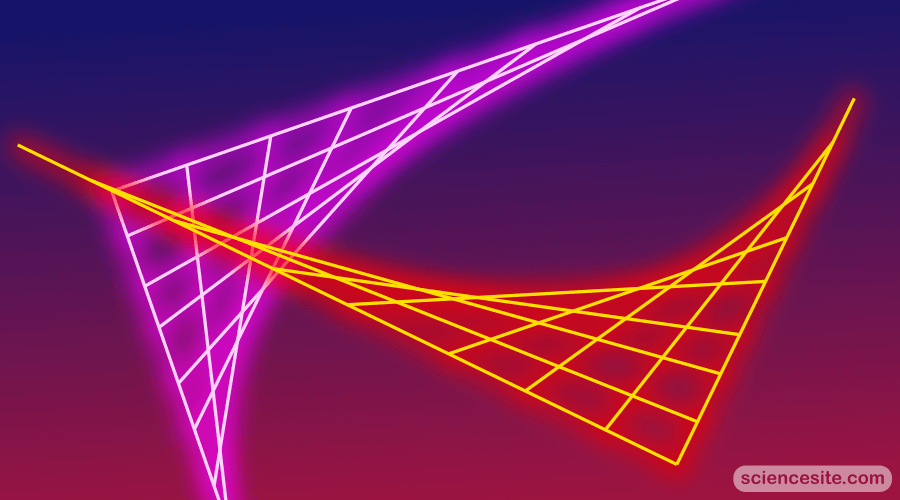 The universe has existed for billions of years, and since then, humankind hasn’t been able to resolve its mysteries. So many phenomena are beyond the understanding capacity of a normal human brain. If there’s something that can bring us somewhat close to resolving the secrets of the universe, it’s physics.

The branch of science has helped humankind understand the intricacies of the universe. So many discoveries have been made, and theories have been proven experimentally. One of these fascinating theories is String Theory, for which the physicists have yet to produce any empirical evidence.

This theory states that strings, smaller than atoms and electrons, vibrate and produce an effect in multiple small dimensions that humans interpret as everything. These things can range from the most basic ideas like particle physics to some complex phenomena like gravity. String theory presents an argument in theoretical physics that the reality as we see it is made up of tiny vibrating.

The Theory of Everything

String theory delivers a theoretical framework in which all particles behave as one-dimensional strings, contrary to zero-dimensional points. If any version of the string theory is observed to hold up in all contexts, it would be a fundamental mathematical model to describe the nature of the universe. In fact, it would replace the standard model of physics, which still cannot explain gravity.

String theory has been classified as the possible “theory of everything” that is a single framework uniting general relativity and quantum mechanics. These two theories underline almost all of modern physics. Quantum physics plays its role in describing the behavior of tiny things, and relativity explains how the more significant things happen in the universe. Still, they do not work well in harmony.

Scientists used to believe that string theory could resolve all the conundrums between the two and offer common ground. String theory was speculated to answer all the unsolved mysteries of physics. However, when string theory got the limelight in the late 1960s and 70s, its popularity was primarily altered, as presented by physicist John Schwarz of the California Institute of Technology. Today after endless research, papers, conferences, the unprecedented breakthrough many dreamed of seems to be getting farther away.

The inception of string theory dates back to the 1960s.

1960: An Italian theoretical physicist, Gabriele Veneziano, worked at the Europan Organization for Nuclear Research (CERN). He used the data collected from various particle accelerators and built the foundations of string theory. He formulated the dual-resonance model when he realized that he could utilize a 200-year-old Euler beta function formula and explain the physical traits of the particles that strongly interact with each other.

1971: Pierre Ramond, a theoretical physics professor, formulated the concepts of supersymmetry and initiated the development of this theory.

1972: Tamiaki Yoneya, a Japanese physicist, discovered that string theory has a particle with graviton properties. Graviton is a quantum particle bearing gravitational force. He realized that some fundamentals of string theory might also relate to the theory of gravity.

1984: Michael Green, an English physicist, and John Schwarz, an American physicist, discovered the anomaly cancellation in type 1 string theory. This type later came to be known as the Green-Schwarz mechanism. This event in history further connected the string theory ideas with superstring theory, and the first superstring revolution was launched.

1995: Edward Witten, a theoretical physicist at the Institute for Advanced Study in Princeton, put forward his theory that the five accepted versions of the string theory are not separate theories. He suggested that these versions are varying limits of a single idea. This became known as the M-theory, and its idea launched the second superstring revolution.

Strings are one-dimensional filaments. These filaments come in two forms: Closed and open strings. A closed string forms a closed loop, whereas an open string has loose ends. The word Brane, derived from the word membrane, means a sheet-like object which can be attached to a string at either end. According to the rules of quantum physics, Branes can move through spacetime.

String theory is a theory of quantum gravity. It tries to merge the general theory of relativity with quantum physics. The former attempts to study larger-scale objects in the universe, whereas the latter focuses on the most miniature entities in the universe, such as atoms and subatomic particles.

Supersymmetry or superstring theory describes the relationship between two types of particles– bosons and fermions. In the superstring theory, a boson has a counterpart fermion. The former is a force particle, while the latter is a matter particle. The idea has not been yet proved as scientists have not observed any of these particles.

Some physicists believe that it is due to the requirement of incredibly high energy levels to generate bosons and fermions. These particles might have existed in the early universe before the big bang occurred, but with them, they broke down into lower-energy particles. It is also believed that the Large Hadron Collider might generate enough energy at some point to support this theory. However, as of yet, there is no empirical evidence of supersymmetry.

Some string theorists believe they can use interacting strings and explain how the four fundamental forces of nature – gravity, electromagnetism, strong nuclear force, and weak nuclear force – build a unified theory of everything. If this phenomenon is observed, string theory might actually achieve something and answer a lot of questions.

Physicists have yet to discover whether string theory has some factual evidence. Given the current progress in physics, it is safe to say that physicists are not far behind unveiling the truth. One day we will discover the absolute truth about the universe and everything it represents. Until then, the string theory remains to be the theory of everything.