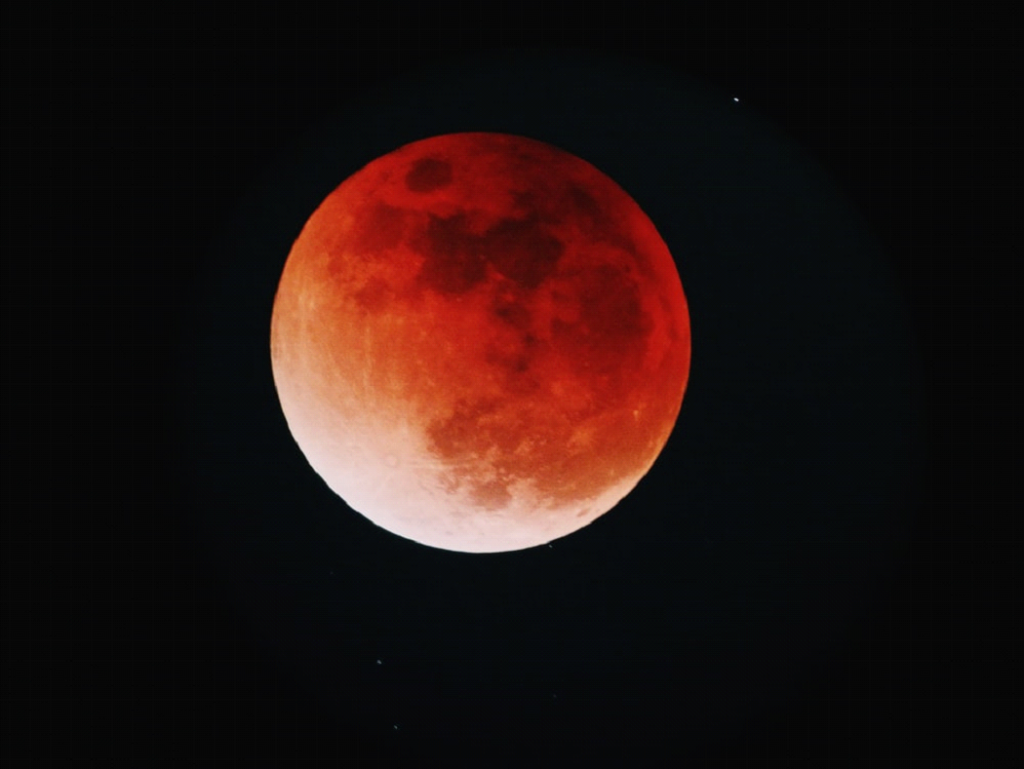 Occurring about three times every year, a lunar eclipse is a fairly common space event compared to other events of the universe. As the moon gets its light from the sun, there can’t be any obstructions between the two, or else the moon will go dark.
This is how a lunar eclipse occurs. As the Earth is revolving around the sun and the moon is revolving the Earth, there comes a time once or thrice in a year, when the Earth aligns in between the moon and the shining sun, blocking its light from reaching the moon. This phenomenon is called a lunar eclipse.
This eclipse only occurs during a night of a full moon. It can last for as long as six hours. Depending on the alignment of the sun, the moon, and Earth, lunar eclipse can occur in three types:
⦁ Total lunar eclipse
⦁ Penumbral lunar eclipse
⦁ Partial lunar eclipse
Here, we’ll discuss all about these three eclipses and much more! This year, there are two total lunar eclipses forecasted. The first one was seen on the night of the 15-16 may, and the next one is predicted to be seen on the 8th of November.
However, these three types of eclipses can also be defined as the stages of a total eclipse. So, let’s learn them!

Stages of an Eclipse

An eclipse occurs in seven stages from start to finish. It starts with the penumbral eclipse beginning stage and ends with the same stage. The stages can be categorized as follows:

If you don’t know an eclipse is supposed to occur, this stage won’t be noticeable to the naked eye. It begins when the penumbral shadow starts surrounding the moon and moving across it.

⦁ Occurrence of the Partial Eclipse

As this stage occurs, the moon starts to turn a blood-red color because of the Earth’s umbra covering it completely.

This is the final stage of the eclipse that lasts for hours and then it starts to end. In this stage, the Earth’s umbra provides maximum coverage to the moon.

⦁ Ending of the Total Eclipse

The ending of the eclipse occurs when the shadow of Earth starts to move away and gives way to a partial eclipse on the opposite side of the moon.

⦁ Ending of the Partial Eclipse

The Earth’s umbra covers the opposite side of the moon, in contrast to its beginning. And then moves further to end the eclipse altogether.

Lastly, the umbra is completely removed from the moon, giving it back its color and at the end, the penumbral shadow also dissipates!

Why Does the Moon Turn Red During an Eclipse?

You must have heard about the blood moon. Has quite a lot of superstitious meanings behind it. However, let’s find out the scientific perspective behind this extraordinary phenomenon.
As the Earth is between the moon and the sun, the sun cannot provide its light to the moon. It still provides its light, which interacts with the Earth’s surface instead of the moon. When these sun’s rays connect with the Earth’s atmosphere, the atmosphere scatters the light in different directions and wavelengths.
The blue light scatters outside the planet but the red light either bends or gets refracted through the Earth’s surface and reaches the moon, giving it the red appearance because of the Earth’s umbra.
Many times, during a lunar eclipse, instead of giving a red appearance, the moon has been observed to give out a gold or orange hue as well. Why does that happen?
According to the scientists at NASA, the atmosphere on Earth influences the color of the moon a lot during a total eclipse. Depending on the amount of water, dust, and other particles on Earth, the color of the moon is determined. Other atmospheric elements like the humidity and temperature on Earth during the eclipse can also affect the moon’s appearance.

Difference Between a Lunar and a Solar Eclipse

One of the Exciting Space Events to Look Out for!

This is fairly an easy space event to watch. To watch a lunar eclipse, you don’t need a telescope, you can simply go out and look at the moon. However, if you have binoculars or a small telescope, it makes the event more exciting as you can look closely at the moon as it changes its colors.
Even scientists like to watch this exciting event unfold. They are also more interested in the changing of the colors during a total eclipse as it also indicates the changes that have occurred in the Earth’s atmosphere!
So, the next time a lunar eclipse is forecasted, be sure to keep your binoculars ready!