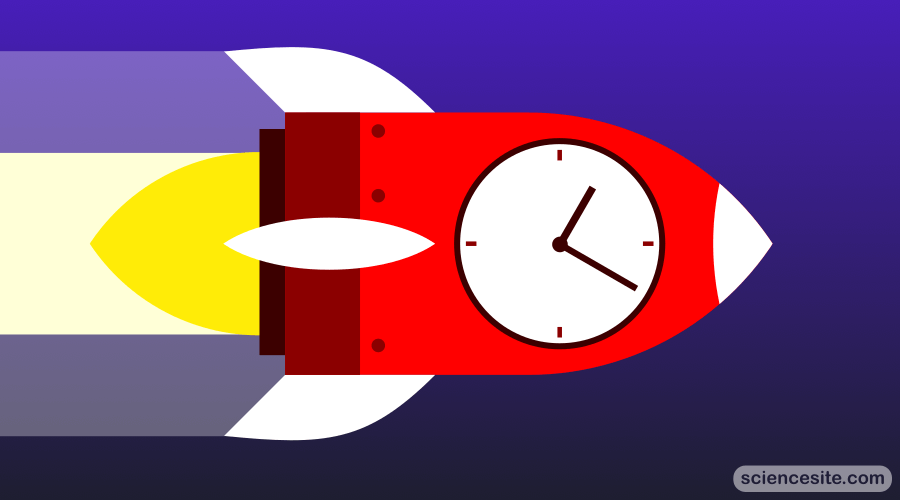 Have you ever wondered about the fact that time differs for everyone? This is known as time dilation. Time is relative, meaning that time passes differently for every observer relative to their position and motion, within a gravitational field.
Einstein’s Theory of Relativity is actually what gave rise to the idea that time is also relative. It appears different to all observers, standing at different locations. We are used to the idea of speed being relative due to direction and speed. The same phenomenon acts upon time.
Here’s what we know about time dilation:

The Speed of Light and Time Dilation

The theory of relativity presented by Einstein has two parts, general relativity, and special relativity. Time dilation is a part of both. The speed of light principle is that it’s the same for all observers. This principle plays a big part in special relativity.
How does this work?
Well, imagine a spaceship traveling from Earth to a planet 9.5 light-years away at a 95% speed of light. According to the people on Earth, the travel time would take 10 years but the crew in the spaceship would get there in only 3.12 years.
These are both correct. Because the people on Earth remain stationary, but the crew will experience time dilation. These crewmembers will age only 3.12 years, whereas, on Earth, the people will age ten years because that is the time it will take for them to reach the planet.
However, to see such a striking situation, one would need the speed of light to travel. On Earth, time dilation occurs at a more modest and slow rate.

After ten years of his special relativity theory, Einstein also included the force of gravity and its effects and came up with general relativity. Here, time dilation is not dependent on the speed of the object but on the gravitational pull of locations.
As we already exist on Earth’s gravity, so, we are already experiencing time dilation without realizing it. This time dilation is affected as we go up and down on Earth.
As gravity becomes weaker as we go upwards away from the ground, you’ll face less gravity on the top floor of a high-rise building. This is why time dilation is also weaker up above. Time goes faster, the further away from Earth you are. This effect is actually difficult to detect with human senses but the difference in time dilation at different altitudes can be detected using extremely accurate clocks!

Studying and observing time dilation is more important in space. As the spacecraft have both high speed as well as travel to ever-changing gravitational fields. In 2020, some students calculated the time dilation effects on NASA’s Voyager 1 probe, after its 43 years of launch, which took place in 1977.
Turns out, the voyager has aged 2.2 seconds less than the people on Earth according to special relativity. However, general relativity counterbalanced it by telling us that the voyager according to the effects of gravity has aged 1 second more than us. When combined, the two relativity theories showed that the voyager is younger than the people on Earth, by about 1.2 seconds.
Even though these calculations may seem silly to you, these precise timings are highly crucial. When we take the example of GPS satellites, a slight error in nanoseconds can cause a difference of hundreds of meters from the exact location. In order to achieve accuracy, the GPS system has to take time dilation into account which can be about 38 microseconds per day, according to Richard W. Pogge, a distinguished Astronomy Professor.

One of the most mind-boggling consequences of time dilation theorized is the twin paradox, that arose from the theory of special relativity.
In this theory, it is said that suppose there is a pair of identical twins. One of the twins flies in a spacecraft at the speed of light and the second twin stays on Earth. According to the relativity theory, time on the spacecraft goes slower than it does on Earth. Therefore, when the space-bound twin returns on Earth, they will be younger than the twin already present on Earth.
But in relativity, what one observer sees happening to other, the second observer sees happing to the first one. So, to the space-bound twin, time moved more slowly on Earth than in their spacecraft, so, when they return back, their twin is the one who’s younger than them.
So, the question arises, how can the space-bound twin be both older and younger than the one on Earth? This is the paradox. However, it only exists if the special relativity is not treated properly. In order to fix this situation, the spacecraft must change its direction, which violates the steady straight motion central condition of special relativity.
A full experiment will require general relativity, which shows that the twins will have an asymmetrical change in time, therefore, the “Paradox” does not cast doubt on the description of time through special relativity. This has been confirmed by many experiments.