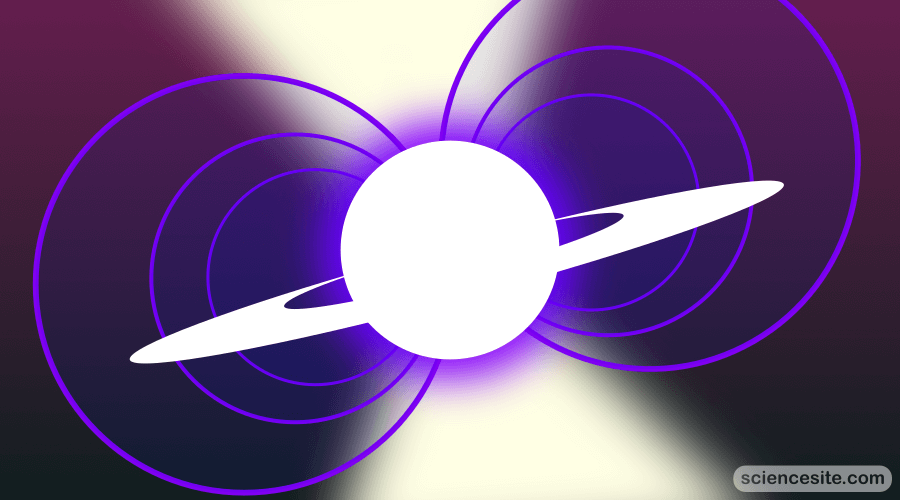 Quasars and Pulsars have the same letters and sound the same because of which they are mistaken for being the same. It should come as no surprise that they are opposites. Quasars are galaxies, whereas Pulsars are the remains of dying stars. Our galaxy, the Milky Way, is not a quasar, but it is thought to have been one at one time. Quasars are often young galaxies, which is why the Quasars we see are from far away galaxies. So let us talk about each one separately in detail.

Quasars are objects that resemble stars but are extraordinarily bright at all wavelengths. They are at a tremendous distance from us, as evidenced by their redshift. They are most likely to form when a big portion of a black hole’s mass is turned into energy; this energy is what we observe as a quasar.
Quasar is an acronym for quasi-stellar radio source. Quasars earned their name because when astronomers first noticed them in the late 1950s and early 1960s, they looked like stars. However, quasars are not stars. Scientists now know these are young galaxies far away from us, whose numbers are growing as we approach the visible universe’s edge.
How are they visible despite being so far away? Quasars are incredibly luminous, up to a thousand times brighter than our own Milky Way galaxy. As a result, we know they’re extremely active, producing massive volumes of radiation across the electromagnetic spectrum.

Pulsars are neutron stars that produce radiation regularly. A solid core, a “liquid” mantle, and a thin, solid crust make up the three layers.
Pulsars appear like twinkling stars from Earth. They appear to blink in a steady rhythm, on and off, on and off. Pulsar light, on the other hand, does not flicker or pulse, and these objects are not stars.
Pulsars emit two narrow, constant beams of light that travel in opposite directions. Pulsars appear to flicker even though the light from the beam is constant. It’s the same reason why a lighthouse on the water looks to blink when seen by a sailor: The beam of light from the pulsar may sweep across the Earth, then swing out of view, then swing back around as the pulsar rotates.
They are made up of 10% neutrons and 10% electrons and generate electromagnetic radiation in regular pulses. Pulsars spin extremely quickly. These stars are the result of a big star’s violent metamorphosis. The north and south magnetic poles of a pulsar emit radio waves.

Differences between quasars and pulsars

Radio-quiet quasars lack large jets and emit much weaker radio waves. This subcategory contains over 90% of all quasars.

Unlike radio-quiet quasars, strong “jets” emitting high-frequency radio waves exist in these quasars. This group accounts for about 10% of all known quasars in the cosmos.

The presence of dust and gas obscures the accretion discs and emission lines of these quasars.

Quasars with a Broad Absorption-Line (BAL): These quasars are often radio-quiet and have “wide absorption lines that are blue-shifted compared to the quasar’s rest frame,” according to researchers. As a result, gas frequently flows directly outward from the quasar’s nucleus toward the viewer on Earth. As a result, ionized carbon, silicon, magnesium, and nitrogen can be found in the absorption lines of these sorts of quasars, providing direct proof for the notion that quasar jets are made up of ionized gases.

The jets of these quasars are oriented directly at the viewer on Earth, making them radio-loud. As the aggregate intensity of their jets fluctuates fast, the luminosity and brightness of these quasars vary substantially. As a result, OVV quasars are frequently classified as a subtype of blazars.

This type of quasar, as the name suggests, has very faint emission lines visible in the ultraviolet spectrum.

These quasars are more reddish colored, as the name implies, and are thought to have formed as a result of the extinction of dust in their home galaxy.

Different pulsars emit a different kinds of radiation because of which they are classified into subtypes. The types are radio pulsar, x-ray pulsar, optical pulsar, and gamma-ray pulsar.

Radio pulsars are revolving neutron stars with highly magnetized poles that emit radiation beams. These radio emission beams generate radio pulses that can be caught by radio telescopes on Earth when they sweep across our line of sight.

This is a very powerful star. X-ray pulsars shine because accreted material’s gravitational energy is converted to X-ray radiation. Geometrical and hydrodynamical effects in the stellar wind of pulsar partners, as well as instabilities in accretion discs, influence the accretion rate. Wind-driven flows near neutron stars are exceedingly unstable and cause X-ray variability.

Aided by stellar winds from a more powerful companion star.

This one is assisted by a weaker companion star.

This is the rarest known pulsar because there are very few of these. An optical pulsar can be detected in visible light.

After reading this post you will know what differentiates a quasar and a pulsar. Not only that, it explains both of these space objects in detail. Quasars are bigger, brighter, and came into existence way before pulsars.