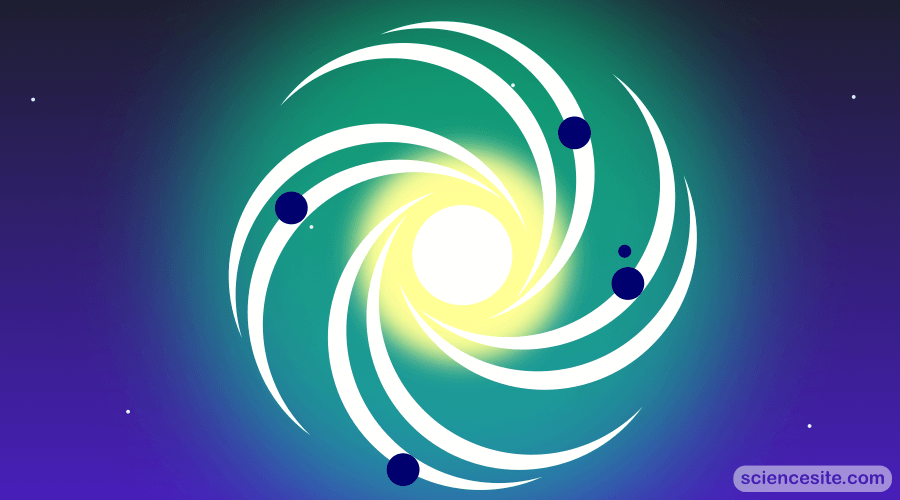 The concept of galaxies is fascinating yet mind-boggling. The idea that our galaxy, Milky Way, is home to over 100 billion plants and that Earth is nothing but a tiny dot in space gives you a brain freeze. The more we think about it, the more we wonder about the enigma that is our universe.

Galaxies are sprawling systems of gas, dark matter, and mostly dust with up to a million or a trillion stars. All of it is held together by gravity, and almost all larger galaxies are believed to contain supermassive black holes in their centers. In the Milky Way as well, the sun is only one of the 100 to 400 billion stars spinning around in a supermassive black hole called Sagittarius A* and contains a massive mass equivalent to approximately four million suns.

Countless galaxies in the universe are yet to be discovered. Scientists believe there are up to 100 billion galaxies, as observed by the Hubble telescope, and the number is expected to reach 200 billion with more advancements in astronomy.

The Origin of Galaxies

According to science, nearly all galaxies, with some exceptions, are infused into massive dark matter haloes. In theory, astronomers believe that the giant tendrils of dark matter provided the matter with the gravitational scaffold required to consolidate into the initial galaxies in the early universe.

Before the 20th century, the only galaxy that we knew of was our Milky Way. Astronomers used to classify other galaxies as “nebulae” due to their fuzzy, cloud-like appearance. In the 1920s, Edwin Hubble observed a nebula, now known as Andromeda galaxy, which was a galaxy itself. Andromeda is the closest largest galaxy to Milky Way, and still, the distance is measured as more than 2.5 million years. The fact that although it is light-years away, it is still bright enough to be visible to the naked eye in the Northern Hemisphere is enchanting.

In 1936, Edwin Hubble discovered a way to classify various types of galaxies. They are mainly divided into four categories:

Over two-thirds of all discovered galaxies are spiral. This galaxy has a flat spinning disk and a central bulge with spiral arms. They spin at a speed of hundreds of kilometers per second, and this spinning may cause the matter in the disk to appear like a cosmic spin wheel, taking a distinctive spiral shape. The Milky Way has a linear, starry bar in the middle.

Sombrero Galaxy is one of the lenticular galaxies. This type is somewhere in between elliptical and spiral galaxies. They are called lenticular because they resemble lenses. They have a central bulge and a thin disk of stars in a rotary motion. Unlike spiral galaxies, they do not have spiral arms. They have some interstellar matter and some dust. They are typically formed in densely populated regions of space.

Galaxies that do not fall in any of the categories mentioned above are irregular galaxies. They are full of dust and gas, which makes them capable of forming many new stars. They include the Large and Small Magellanic Clouds flanking the Milky Way. As they are under the gravitational influence of nearby galaxies, they do not have a distinct form.

Some gaalxi9es occur alone, while others occur in pairs. However, more often, they belong to larger associations called clusters, superclusters, or groups. The Milky Way belongs to the Local Group. It is a galaxy group 10 million light-years across and is also home to the Andromeda galaxy. The Local Group and its neighbor, the Virgo Cluster, lie in a larger Virgo Supercluster. It is a concentration of galaxies stretching 100 million light-years across. The Virgo Supercluster is a limb of Laniakea, a much bigger supercluster of around 100,000 galaxies.

Galaxies existing together interact and sometimes merge in a dynamic cosmic harmony of interactive gravity. Once two galaxies collide, gases flow towards the galactic center. It triggers the formation of a rapid star. The Milky Way is expected to merge with the Andromeda galaxy in 4.5 billion years.

Different galaxy types represent a kind of natural evolution as elliptical galaxies contain lesser gas and older stars than a spiral galaxy. Astronomers are constantly working out the specifics like why elliptical galaxies follow a specific pattern in their chemical compositions, sizes, and brightness levels.

Even after decades of space exploration, there are millions of unanswered questions regarding galaxies. Scientists are still unsure where galaxies come from; some believe that they came into being from clusters of a million stars, while others believe that galaxies formed first and later the clusters of stars were formed. Science still has a long way to go before it can resolve all the lingering questions.