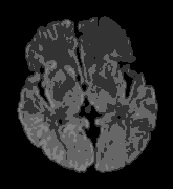 Prions have taken over the world and the scientists are still scratching their heads over understanding this new fatal enemy that is spreading. With many symptoms at once, it is difficult to understand when a person is suffering from a condition related to prions or if it is another disease.

This is why it is important to know when a person is undergoing a prion disease or another disorder that needs to be diagnosed clearly.

A prion is a type of protein that can influence other normal proteins found in the brain and trigger them into folding abnormally. The prion diseases show many different conditions and have the ability to affect both animals as well as humans.
Sometimes the prions disease is transferred to humans through infected animals and meat products. The most common prion disease found in humans is called the CJD (Creutzfeldt-Jakob Disease). However, prion diseases are rare and in the US, there are about 300 cases reported each year.

Prion diseases are caused when a normal prion protein that is found on the surface layer of many cells turns abnormal and forms a clump inside the brain, which causes a lot of brain damage. This abnormality in which the protein accumulates in the brain causes many different impairments like loss of memory, movement difficulty, and changes in personality. There is still much that’s unknown about prions, but what is known is that all these symptoms are deadly.

Symptoms of this Disastrous Disease

When this deadly disease attacks the human body, these are some of the symptoms that are exhibited are:
⦁ Swiftly developing dementia
⦁ Hallucinations
⦁ Fatigue
⦁ Difficulty in speaking
⦁ Changes in gait and trouble in walking
⦁ Stiff muscles
The people who are at risk of developing prion disease are:
⦁ People who have a history of prion diseases in their family
⦁ Infection from a contaminated corneal transplant or from infected medical equipment
⦁ People who ate meat that was infected with “Mad cow disease”.

Diagnosis of the Disease

In order to confirm if a person is suffering from prions disease, healthcare professionals extract a sample of the brain tissue during a biopsy or after death. However, to diagnose it, there are a couple of tests that doctors can do before it progresses. Prion diseases should be considered in all patients that are suffering from rapidly developing dementia. With the help of these tests, they can either diagnose prions or they can rule them out by diagnosing other diseases. These tests include:
⦁ Blood tests to examine brain activity
⦁ Magnetic Resonance Imaging (MRI) of the brain
⦁ A spinal tap, also known as a lumbar puncture that provides samples of the spinal cord fluid
⦁ Visual and neurological tests to inspect for visual loss and nerve damage.
⦁ Analysis of brain waves with the use of electroencephalogram

As we know that the most common prion disease found in humans is CJD, so what is it and how many other types of these deadly diseases exist that we need to know about?

This prion disease is the one that can be inherited from your ancestors, then it is known as the familial CJD, however, when it develops without any risk factors, then it is called Sporadic CJD. Most cases of this CJD are sporadic and are diagnosed in people around the age of 60.
It is caused by infected tissues during operations and other medical procedures, mostly found in a corneal transplant. The symptoms of this disease grow rapidly and lead to acute disability and death.

This type of CJD is infectious and is linked to the “Mad cow disease.” When humans accidentally eat meat that is diseased, it can cause this prion disease in humans. The meat causes the normal prion proteins in human cells to go abnormal. This infectious variant of CJD is mostly found in younger people.

This is also a hereditary prion disease which is quite rare. It causes a lack of sleep in humans and is also a sporadic form of prions that can develop without any prior notice.

This disease was first found in New Guinea. It is caused when infectious prions contaminate the human brain tissues and start eating them. Because of the early awareness of this disease and its transmission, this disease has become quite rare.

This prion disease is extremely rare but is found in people around the age of 0. It causes early neurodegeneration that causes the folds of the brain to become abnormal and is typically found in the cerebellum.

There is no cure for prion diseases developed until now but there are medicines and treatments that slow its progress. Even though the people with these diseases have rapidly developing symptoms; therefore, the doctors prioritize slowing the growth of their disease and making it as safe and comfortable for them as possible.

Even though there is no cure, this disease can be prevented by using different methods. By properly sterilizing and cleaning all medical equipment can control and prevent the spread of this disease. If there is a chance that you could’ve had or had CJD, then avoid donating any organs and tissues that include corneal tissues. Better ways of handling the food of cows and their diet will also help in preventing this disease. So, it is we, who need to take care.

What are Goosebumps and Why Do We Get Them?