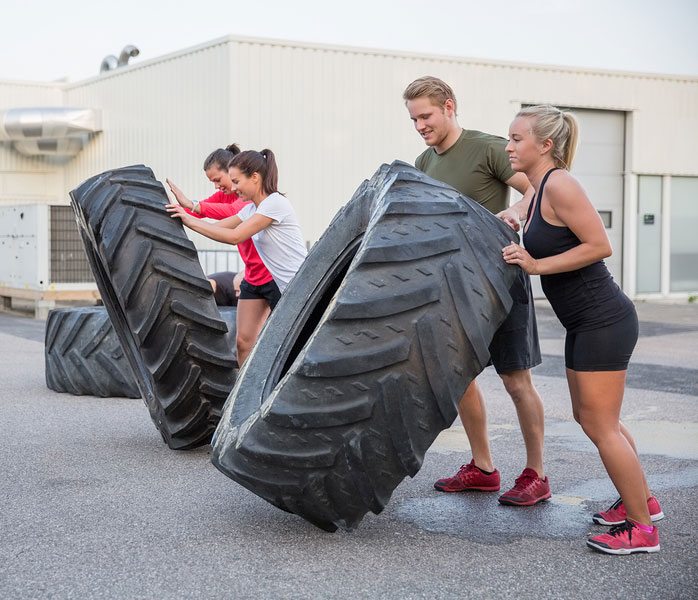 Suppose you are preparing for your examinations and spending a lot of time in your studies. You do all the things required of you, sacrificing your play time, making notes and charts, looking up online resources and what not. You can say that you are working hard. But if you consider the definition of work as accepted by the physicists, then we can say that you are not doing any work at all.

There is a difference in what common people describe as work and what the scientific community formally accepts to be the definition. Suppose your mother asks you to lift a bag to be taken upstairs. Despite your best efforts, you are not able to lift the bag and get tired as well as exhausted by exerting yourself. A scientist would instead complain that you have not done any work.

According to the accepted definition of the concept of work, there are two things which are important. There should be a force acting on the surface of the object and the object must be displaced by some distance. Pushing a book kept on a table requires you to exert force on the object, and the book gets moved by some distance. So it can be said that you have done work. If the force that you are considering remains constant over the period of application, then you can simply define work as:

Work is a scalar quantity. The SI unit of work is joules. If the force in the above equation is 1 N and the distance to which the object was displaced is 1 m, then the work done will be equal to 1 J.

You must have noticed that the SI unit of work is in joules and it is the same as the SI unit of energy. Work and energy go hand-in-hand. If you do work on an object in some way then you are imparting it energy. Suppose you work on an object by moving it to a height of a few meter, then you are imparting it with potential energy. According to the work-energy principle, the kinetic energy of a rigid body is increased due to an equal amount of work done on the body by the force. There is a way in which the presence of force and displacement can lead to no work. This happens when the force is in a perpendicular direction to the displacement of the object.

Internal and external work are concerned with the concept of the system. When you consider a complete object as a system, then any work that one part of the object does on the other is called internal work. Internal work can involve displacement and be accepted as per the definition to be real work by physicists. On the other hand, if a force is acted upon by the system on the surrounding environment, then the work done by this is said to be external work.