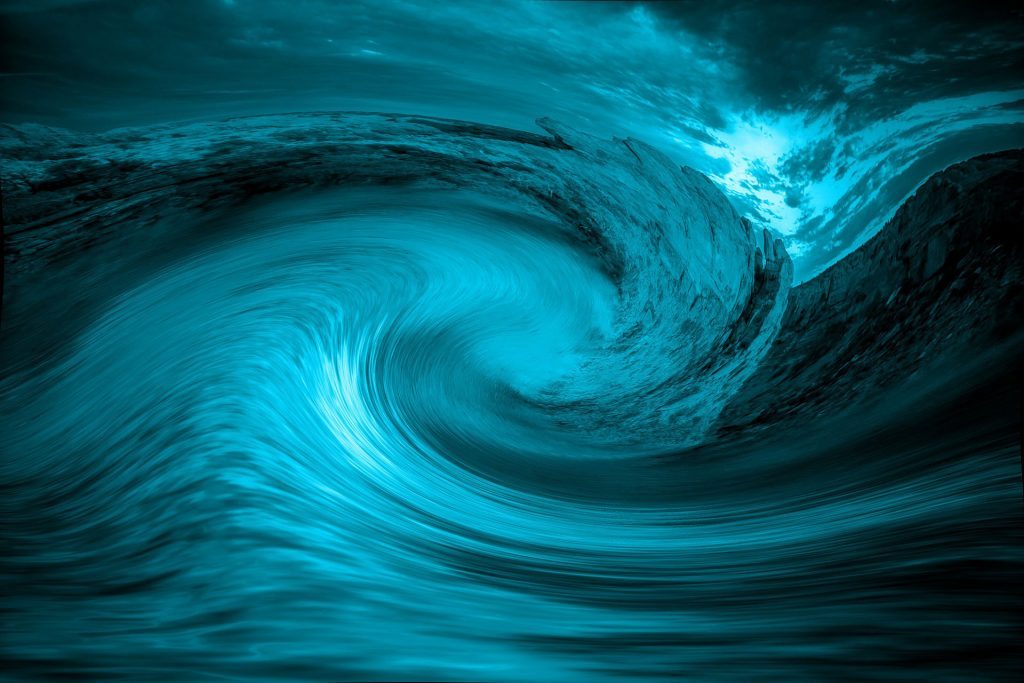 If you drop a pebble in a pond, the surface of the water gets disturbed. At a distance from the centre of disturbance, you can see the water surface moving in a wavy manner. The disturbance seems to move in a circular fashion, increasing in radius and area.

The disturbance propagates in a fashion called wave motion. The circular pattern that is formed as a result of the disturbance is called a wave.

If you keep a leaf over the surface of the pond at some distance from the centre of disturbance, you will notice that the leaf moves up and down but it doesn’t move further outward from its position much. Although the appearance of the disturbance makes one think that the water is moving out and away from the centre of the disturbance, this test confirms that that is not actually the case. Waves do not transport water or matter, but they do transport energy.

Sound travels from one place to another in the form of waves through the air. Although you cannot actually see the disturbance in the air around you when you are perceiving sound, the disturbance is there at the molecular level. Sound waves are called mechanical waves. These kind of waves require a medium for propagation. Air provides the medium needed by sound waves to propagate. The reason why you cannot hear a sound in space and on the moon is the lack of an atmosphere and hence of a propagating medium.

Whenever a sound wave is created, the particles of air which are closest to the source are supplied enough energy for them to oscillate about their position. These particles hit the particles present in a layer of air farther away from the source and cause them to oscillate as well. This is how mechanical waves move from the source to the destination. Such movement causes energy to be transferred from one layer of particle to another but the matter or the particles of air themselves stay in their position, simply moving to-and-fro. A sound wave is a longitudinal wave.  In longitudinal waves, the constituent particles move along the direction of wave propagation.

Must have seen light waves?