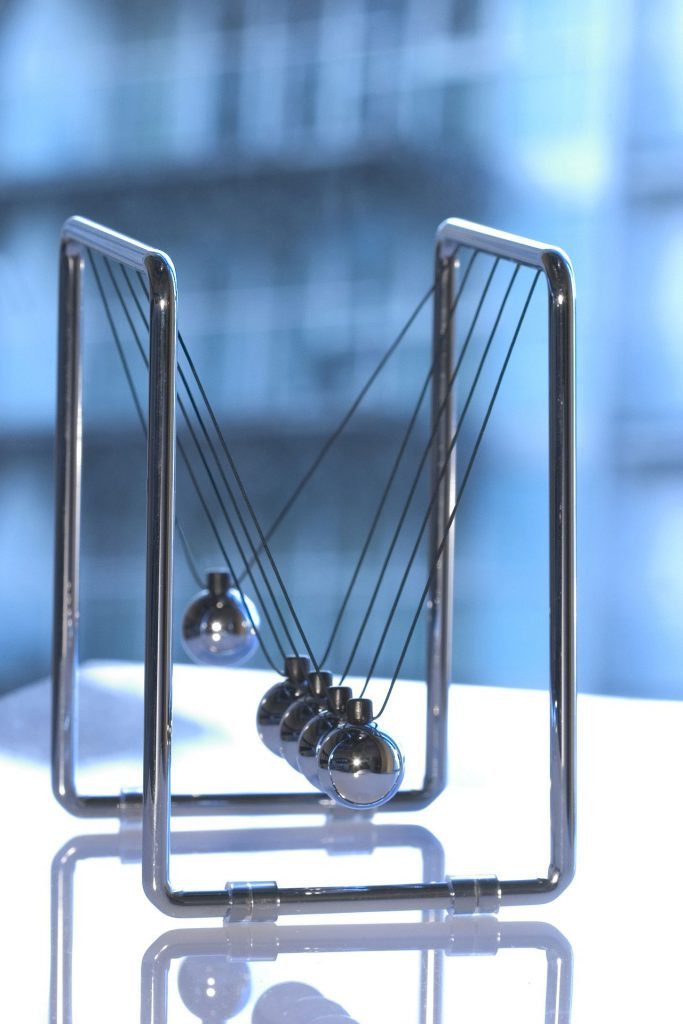 Isaac Newton is famous for his work on gravity but his contribution to the mechanics of physical systems is of paramount importance. He compiled his three laws of motion in Mathematical Principles of Natural Philosophy and helped further the study of forces and the reaction produced by bodies that were subjected to these forces.

First law is also referred to as the law of inertia. When you are riding in a bus and the bus makes a sharp turn, have you ever noticed that you tend to fall as if you wanted to continue moving in the direction that the bus was earlier moving in? This ability of the physical system to resist the change in their motion is a property known as inertia. The same thing happens when you are riding in a car and brakes have to be applied suddenly. You are shaken off your seat and thrown forwards as if your body wished to continue moving. The first law states that an object at rest will not start moving on its own and an object in motion will not come to rest until and unless complied by an external force to do so. Thus, if the net force, that is if the effect of all the forces that are being applied on an object is zero, the object will be at rest.

According to the second law, if a force is applied on an object which causes its momentum to change, then the rate at which the momentum of the object changes is directly proportional to the amount of force applied. Momentum is the product of the mass and velocity of the object. It is important to note that the change in momentum is in the same direction as the force applied. In all other directions, the component of momentum will remain unaffected.