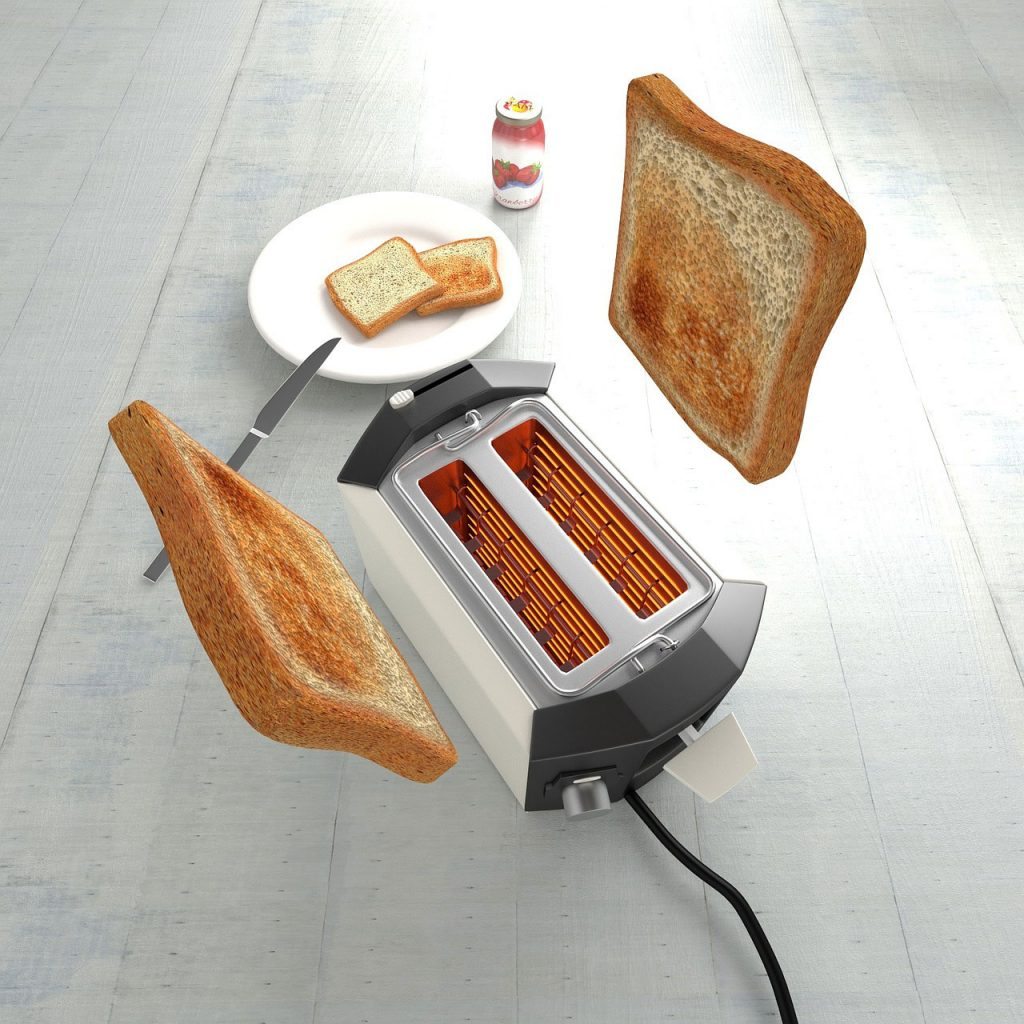 My friend Andrew is a teacher and fond of toasters. He considers them neat because he can use them as an example when teaching his students about the conservation of energy. He often starts the class on this topic by asking his students how is a toaster able to toast? Where does the heat energy to make the bread hot enough comes from?

Conservation of energy is a fundamental law in nature. According to this law, the sum of all the energies of various types that are present in a system – electrical, heat, gravitational, magnetic, kinetic, potential, and so on – remains constant. The only stipulation is that the system should be isolated. A system is isolated when it cannot interact with any other system or object. That’s why it is usually said that energy can neither be created nor destroyed, it can only be converted from one form to another.

Suppose you are skateboarding between two half-C shaped ramps and you start at the top of one of the ramp. When you are standing at the edge of the ramp, you have some potential energy by virtue of the height at which you are standing above ground. When you start skating, the potential energy is converted into kinetic energy and you start to gain speed. As you reach the ground level, all of the potential energy has been converted into kinetic energy and you have the maximum speed that is possible, provided you do not push yourself with your feet as you descend.

After reaching the ground level you start ascending on the opposite half-C shaped ramp. Now, the kinetic energy that you gained while coming down the previous ramp is converted back into potential energy. As you can tell, you will lose kinetic energy till you reach the same height on the other ramp as you started before. You can never reach a greater height unless you wilfully kick the ground to go faster and faster. But you can reach a height lower than what you started with because of dissipative forces like air friction and ground friction. These forces decrease the total mechanical energy by converting some part of it into heat energy. However, the total energy of the system is still conserved.