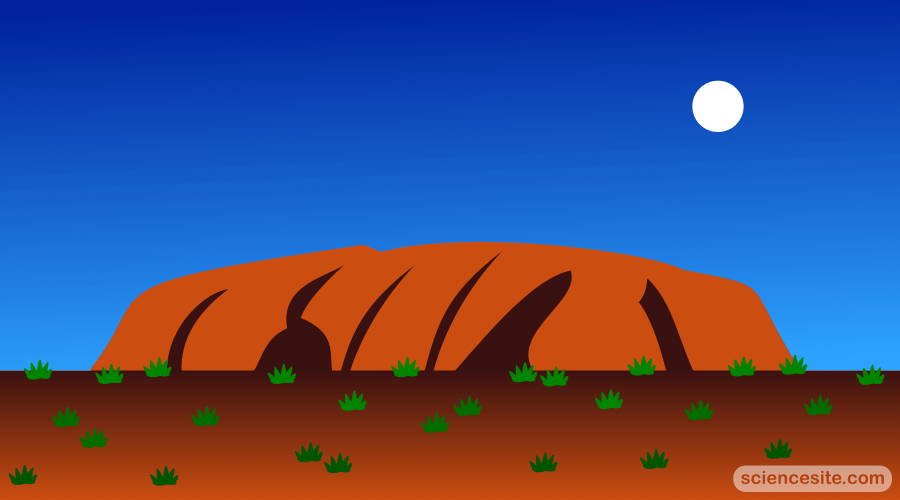 Most of us do not take rocks seriously. But after studying them and knowing what purpose they hold you will never take rocks for granted again. In geology, rock is a naturally occurring, cohesive conglomerate of one or more minerals. These aggregates are the fundamental building blocks of the solid Earth, forming mappable and recognizable dimensions.

According to geologists, a rock is a naturally occurring substance made up of crystalline crystals of various minerals bonded together to form a solid mass. The minerals could have developed at the same time or not. What’s important is that they were all cemented together by natural mechanisms.
A rock is a solid mass of geological components. Individual mineral crystals, inorganic non-mineral solids such as glass, fragments of other rocks, and even fossils are examples of geological materials. Organic materials, such as partially decayed plant stuff stored in coal, can be found among the geological materials found in rocks. Although a rock can be made up of only one type of geological element or mineral, many are made up of multiple.
Igneous, sedimentary, and metamorphic rocks are the three basic types of rocks. Physical changes in the rock cycle, such as cooling, melting, compacting, deforming, and eroding, create each of these rocks.

When hot liquid material cools and solidifies, igneous rocks (derived from the Latin word for fire) develop. Igneous rocks can also be created in a variety of ways. Intrusive or plutonic igneous rocks are those that form deep within the earth. Extrusive, or volcanic, igneous rocks are those that originate outside or on top of the Earth’s crust.
Diorite and Granite are examples of igneous rocks. They have a gritty feel and large mineral granules, indicating that they cooled below the freezing point. the ground for millions of years, allowing large mineral crystals to develop.
Rocks like basalt and obsidian, on the other hand, have incredibly minute grains and a fine texture. This occurs because when magma erupts into lava, it cools faster than if it remained inside the earth, allowing crystals to form faster. When obsidian is ejected, it cools so quickly that the grains are impossible to perceive with the human eye.
The texture of extrusive igneous rocks can also be vesicular, or “holey.” This occurs when the ejected lava contains gases, and when it cools, the gas bubbles become trapped, giving the rock a bubbly texture. Pumice is a good illustration of this.

Sedimentary rocks are made up of fragments of other rocks or organic matter. Clastic, organic (biological), and chemical sedimentary rocks are the three types of sedimentary rocks. Sandstone and other clastic sedimentary rocks are formed from clasts or bits of other rock. Hard, biological elements such as shells, bones, and plants are squashed into a rock to form organic sedimentary rocks like coal.
The weathering, or breaking down, of exposed rock into minute fragments is the first step in the production of clastic and organic rocks. These fragments are taken from their source by erosion and carried to a new area by wind, water, ice, or biological activity. Once enough sediment has accumulated someplace, the lowest layers become compacted to the point where solid rock is formed.
Chemical precipitation produces chemical sedimentary rocks such as limestone, halite, and flint. A precipitate is a chemical compound such as carbonate, calcium, silica, or salt, which develops as the solution evaporates, leaving the compound behind.
Water moves through the Earth’s crust, eroding the rock and dissolving some of its minerals before moving it somewhere else. When the water evaporates, the dissolved minerals precipitate.

Metamorphic rocks have been transformed from their initial state by extreme heat or pressure. There are two types of metamorphic rocks: foliated and non-foliated. When a rock with flat or elongated minerals is subjected to extreme pressure, the minerals form layers and form foliation. Foliation occurs when elongated or platy minerals, such as hornblende or mica, align perpendicular to the direction of applied pressure. Granite, an igneous rock, is a good illustration of this transition.
It comprises long and platy minerals that are not originally aligned, but with enough pressure, they move to all points in the same direction as they are crushed into flat sheets. Granite becomes gneiss when a rock goes through this process, such as near a tectonic plate border.
These rocks are created in the same way as foliated rocks, but they lack the minerals that tend to line up under pressure, giving them the layered look. Non-foliated rocks are formed similarly to foliated rocks, but they lack the minerals that line up under pressure, giving them a layered appearance.
With enough heat and pressure, sedimentary rocks such as limestone, bituminous coal, and sandstone can transform into non-foliated metamorphic rocks like anthracite coal, marble, and quartzite. Metamorphism, which occurs when magma comes into contact with the surrounding rock, can also produce non-foliated rocks.

Mineral crystals and their host rock types cycle through many forms in the geologic cycle. Temperature, pressure, time, and changes in environmental conditions in the Earth’s crust and at its surface are all factors in the process.
Weathering (the physical and chemical disintegration of minerals) and transit to a deposition site are all part of erosion. Diagenesis is the process of producing sedimentary rock through grain compaction and natural cementation, crystallization from water or solutions, or recrystallization, as previously mentioned. Lithification is the process of turning salt into rock.

The most useful and commonly used rock is granite. Which is a type of igneous rock It is used in monuments, kitchens, countertops, and so on. However, all of these rock types play important roles and serve their own specific purposes. Let us go through the three main types of rocks again. They are igneous, sedimentary, and metamorphic rocks. Some examples of igneous rocks are granite, basalt, and pumice. Limestone, sandstone, and sandstone are examples of sedimentary rocks. And lastly, some examples of metamorphic rocks are marble, phyllite, and quartzite.