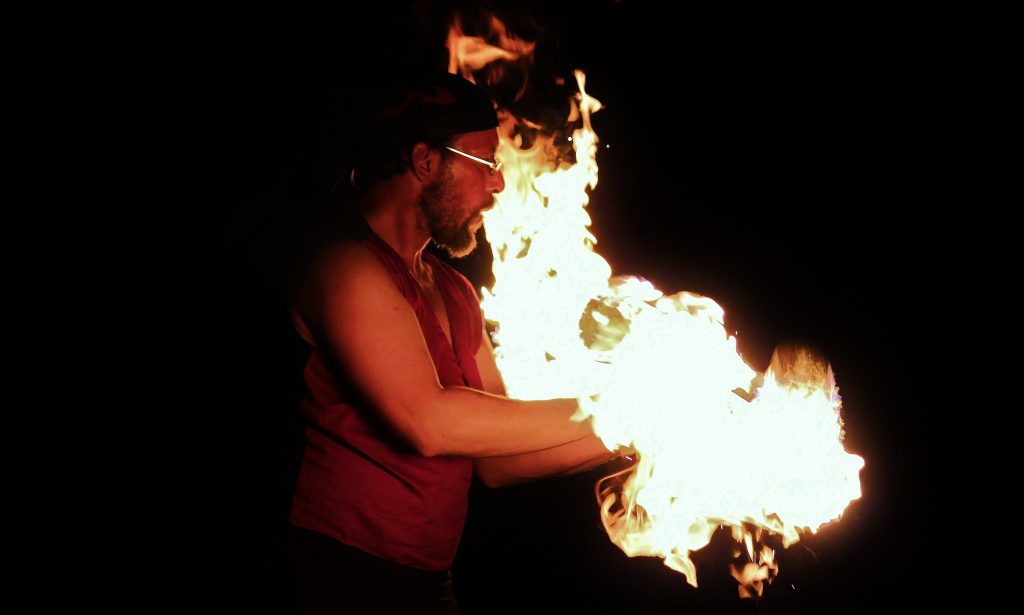 Fire has been given a special status by the mystics as a substance that is crucial for life. But fire is not a substance, it is not a state of matter and it is definitely not a material that can be touched or bent or lifted in hands. So, what is fire? Fire is a consequence of a special type of chemical process known as combustion, which releases energy in the form of heat, light and sound. A fire requires a fuel, sufficient supply of oxygen and heat. There are various kinds of fuel that can support the combustion reaction and help in sustaining a fire. The difference between them basically lies in their chemical properties. Often the heat released by the combustion process which leads to a fire is sufficient enough to sustain the fire, but sufficient amounts are required for the ignition.

By your powers combined

A fire is a continuous process. When the initial heat is supplied to ignite the fire, the fuel starts to burn in the presence of oxygen. This initial spark leads to a flame which grows as more fuel is consumed and more heat is evolved. Eventually, the fire grows in size, alighting more and more surfaces. This produces heat and temperature that can now allow the process to continue without any external help. The fire eventually covers a maximum surface area as it rapidly engulfs more and more fuel and cannot go beyond the limit due to exhaustion of the fuel source. Finally, the fuel starts to deplete and the fire can no longer be sustained without adding more fuel. The fire decays and withers away, leaving behind products of combustion which no longer resemble the original fuel.

Thus, there are four things that require a fire to go on uninterrupted: fuel, supporter of combustion like oxygen in air, heat and a sustainable chain reaction of these three. If you wish to stop a fire, you have to break one of the legs of the throne on which it arrogantly sits and the fire will topple over.

A fire not only causes heat, light and sound, but it can also produce alarming to toxic fumes and smoke depending on the fuel being used. Fire should not be taken lightly as it is a dangerous visual outcome of a very fast chemical process under the hood. The particles of the fuel that may have been incompletely burnt can be inhaled and cause damage to the respiratory system. Not only fire leads to adverse direct effects but it also lowers the amount of oxygen available in the environment which can be fatal. Proper steps must be taken during a fire and safety should be the priority.