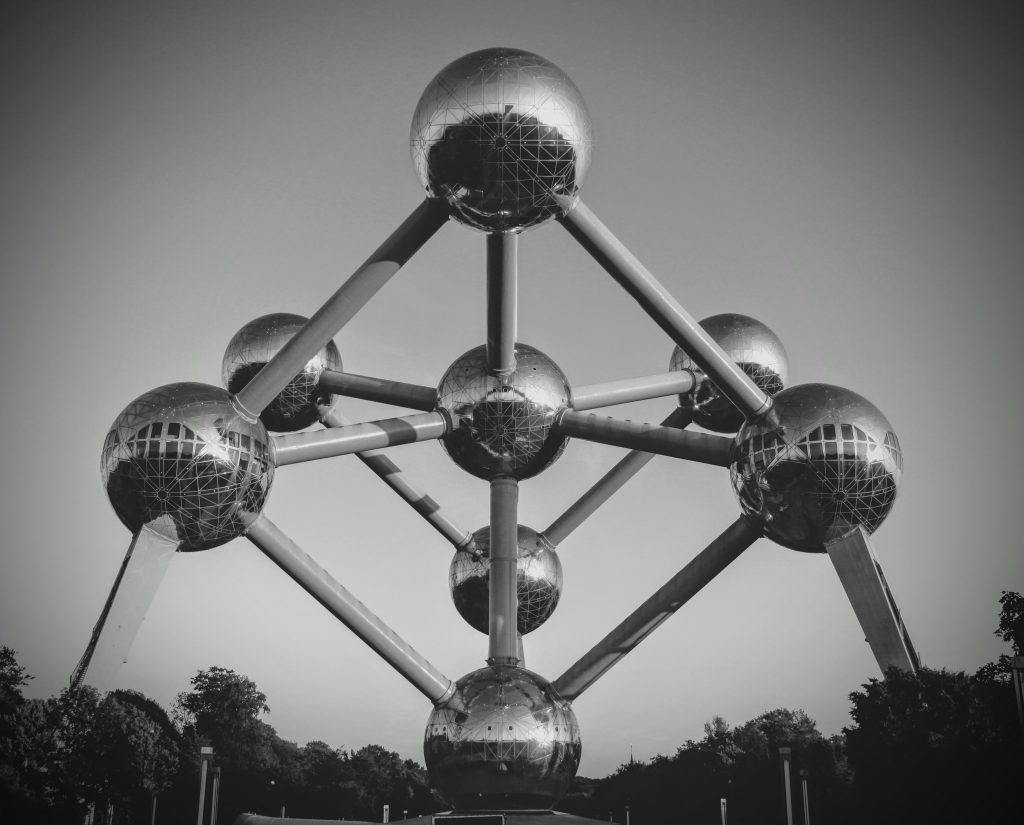 Many small bricks are put together and cemented to make a building; from a small home to a skyscraper. Bricks are the building blocks of skyscrapers. Have you ever wondered whether bricks are also made up of some smaller building blocks? Yes, everything around you is made up of very small building blocks of nature: atoms. In fact, they are about a million times smaller than your hair. That is why you cannot even see them with your naked eyes. There are some advanced techniques available to scientists that enables them to see these atoms. But looking at them is not even half the fun. The real magic lies in the way these atoms behave differently from everything else bigger than them.

What is an atom? An atom is a smallest part of a chemical element that shows all the properties of that element. Oxygen, carbon, hydrogen, nitrogen, helium: these are some of the elements you might have heard about. There are about 118 such elements that have been identified by scientists so far and they are still looking for more and more. And all these elements are composed of atoms. Greeks used to harbor the notion of atoms being indivisible particles of matter, that they cannot be divided. The word atom itself is derived from a Greek word atomos which means indivisible. However, we know now that atoms are not really indivisible and are themselves composed of some sub-atomic particles.

Through experiments, scientists discovered that the protons were positively charged, electrons were negatively charged and that neutrons contained no charge. The positively charged protons and the negatively charged electrons attract each other and the strength of this attractive force actually determines the distance of the electron from the nucleus. If the force gets stronger, the electron will be pulled closer and if the force gets weaker it will be allowed to move further away from the nucleus. And how does this force gets stronger or weaker? By increasing or decreasing the number of protons or electrons that an atom contains.

The number of protons that an atom contains is called the atomic number of the atom. An atom of an element differs from that of another element only in terms of the number of protons it contains.  Before matter was formally and systematically studied under chemistry, there were several people who dabbled in the practice of alchemy. Using some bizarre principles of alchemy, they tried to turn base metal like lead into gold. The number of protons in an atom cannot be changed through any chemical reactions but through some physical means it is possible. However, those physical means are so extreme that the amount of gold you obtain will not make up for the investment you will have to put up. Scientists have been able to turn small amount of lead into gold but these were either chance incidences or done for academic purposes and not monetary gain.

What happens when the number of electrons in an atom somehow becomes different than the number of protons? It leads to the creation of an ion. And ion is a species which has lost or gained one or more electrons by virtue of which it gains a positive or negative charge, respectively. These charged species cannot exist freely outside an aqueous medium. In the aqueous medium, a positively charged ion (called a cation) and a negatively charged ion (anion) can come closer to form a bond called an ionic bond. Ions can be formed from atoms and are called monoatomic ion. If they are formed from a group of atoms or a molecule, they are called polyatomic or molecular ions.

Atoms are not studied using the same principles and theory that exists to study larger objects like a ball, a car or a planet. They behave according to a different set of rules which are told by quantum mechanics. According to quantum mechanics, nothing is absolute or certain, but instead has a value of probability associated with it. For example, quantum mechanics says that a cat trapped in a box with a radioactive substance can be dead or alive and there are certain probabilities associated with each of the two events. We will not know for sure which state the cat is in till we open the box. Atoms are found to follow this principle and thus, they cannot be studied with the help of any conventional means.