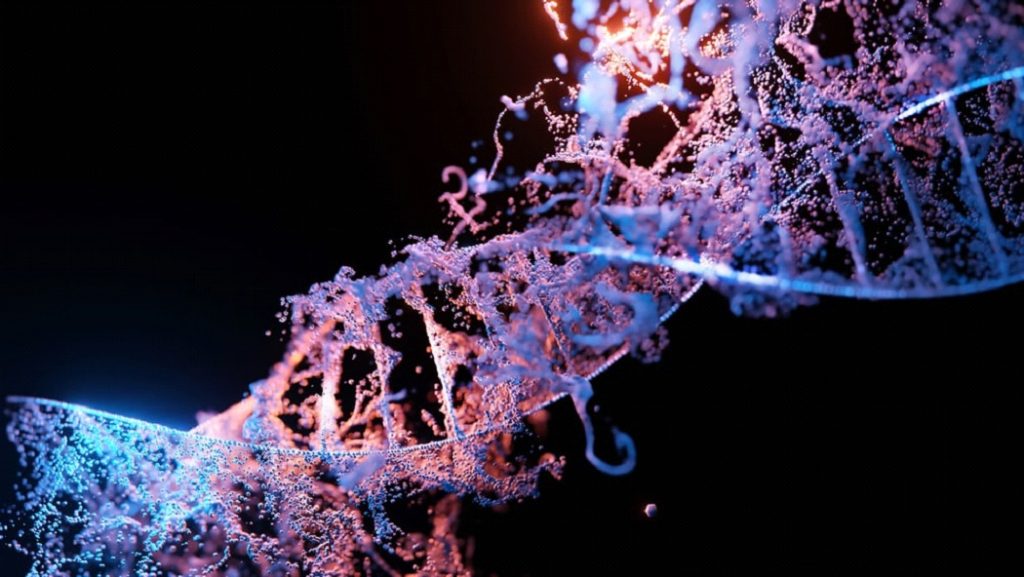 DNA also known as Deoxyribose Nucleic Acid was first discovered in 1863. However its genetic role in the body was discovered much later in the 1943. James Watson and Francis Crick were the first people to determine and introduce the structure of DNA in 1953.

DNA is made up of a collection of nucleotides. These nucleotides are composed of three components that include:
⦁ A sugar
⦁ A phosphate group
⦁ A nitrogen base
The Deoxyribose in DNA is called the sugar, these sugar molecules are attached to the phosphate group. They alternate between two groups and make up the foundation of the DNA.
Each of the sugar molecules in the nucleotide has a different nitrogen base attached to it. There are four different types of nitrogen bases, which include:
⦁ Cytosine (C)
⦁ Adenine (A)
⦁ Thymine (T)
⦁ Guanine (G)
These nitrogen bases make up two strands of DNA that are attached together. These double strands form a 3-D structure that has been named as the double-helix structure of DNA. In an image, it looks like a spiral ladder in which the sugar-phosphate groups are the ladder and the base pairs are the rungs on the ladder. The nitrogenous bases pair together in a way that Adenine pairs with Thymine and Guanine pairs with Cytosine with the help of weak hydrogen bonds.
It is also observed that the DNA found in eukaryotes is found in a linear structure, meaning that the ends on each strand are free; whereas, the cells of prokaryotes show DNA in a circular structure.

The basic function of a DNA is to store all genetic information in a living organism. This information includes everything it needs to grow, develop, function, and reproduce. Basically, it is the manual your body needs that tells it how to function in each aspect. This is why; it is present in each cell of your body.
The function of DNA is bound to its structure, which is why learning about its structure is imperative. The weak hydrogen bonds between the base pairs are important as they need to be easily formed and broken during the DNA replication process. The two trans of the double helix structure is separated, copied and then replicated into another cell to allow it the ability to read the instructions found in the DNA.

The nucleotides are the A, T, C, and G, which are the genetic letters. Every person in the world has a unique genetic set which is called a genome. This is distinct in every human being except for identical twins. This is why, every person has a slightly different instruction manual, making them slightly different people. When these letters are bonded they are replaced in different genes, giving each person a distinct character. This way, if one person has an A in one base and gets blue eyes, another person may have a C in the same place which might give them their distinct brown eyes.

Every cell reads the instructions in the DNA with the help of RNA polymerase. This RNA polymerase splits the two strands of the double helix structure of DNA and copies the DNA of one strand into a molecule of RNA.
RNA is similar to DNA, except, the Adenine (A) that instead of Thymine (T), pairs up with Uracil (U). When the DNA and RNA pair up together, where the T of DNA still pairs with A of RNA, some instructions stop here and most of them go further a step.
The genetic letters of DNA are grouped together to form words that are then combined to form sentences that make up the instructions needed by the cell to form genes that work at different characters.

All the genetic letters of the DNA make up a total of 64 three-letter combinations. These combinations are known as genetic codes. This code is translated and read by different compounds that are called RNA proteins that divide and conquer different important jobs in the body. These RNA proteins have jobs like supplying and carrying oxygen throughout your body and making sure each cell gets it, or it provides pigmentation that provides your hair color.

DNA is one of the most important components of your body because it contains every piece of genetic information that makes up every inch of you. This information is required for the survival and development of each organism. It is passed on to you from your ancestors and for you to be able to pass on to your next generation, this information is highly essential.
It influences every part of your character and makes up all of your traits, meaning from the way you look to the food you prefer, each and everything is coded in this DNA. Seeing as how you look different from everyone, you might think that the DNA sequencing would be completely unique. But that’s not the case. You share about 99.5% DNA with someone you are not related to at all.
The things that make you unique are in the 0.5% of the DNA that is different in each person. Even though we look quite similar, each person’s DNA tells a completely different story about their relative, and where they come from.
Wrapping Up
Without DNA, there is no existence of any organism. It is the basis of existence. Therefore, it is the most vital part of any organism.