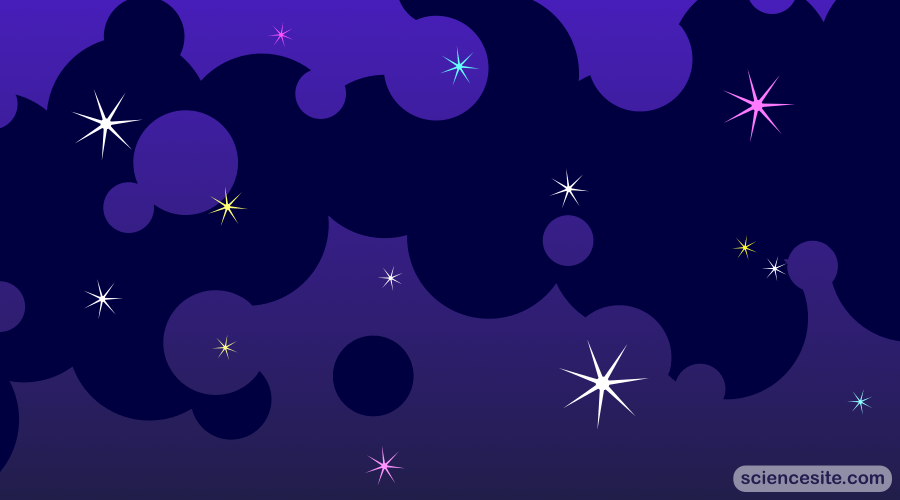 We have all grown up listening to the famous lullaby “twinkle twinkle little star,” but if you think about it, these words are far from the truth. If it went more like “emit emit gigantic ball of gas’ then perhaps there would be some truth to it.

Not little and definitely not twinkling; stars, in reality, are massive celestial bodies made up of mostly hydrogen and helium. These gases produce heat and light due to the churning nuclear forges inside their cores. Apart from the sun, all the lightened-up objects we see in the sky are light-years away from the Earth. They exist in billions and are the building blocks of galaxies. So far, astronomers have not discovered a way to know the exact number of stars, but they believe that in our galaxy, the Milky Way alone, there are approximately 300 billion stars.

The Birth of a Star

Nebulae, or hydrogen-based dust clouds, are the birth side of stars. They have pockets of dense matter inside them that collapses under their own weight over thousands of years. A star’s nascent phase contracts the masses of gas and is known as a protostar. The protostar is obscured by the dust in the nebula. Therefore, it can be pretty tricky for astronomers to detect.

The protostar gets smaller and can spin faster due to the conservation of angular momentum. As the pressure causes the temperature to rise, the star enters a brief T Tauri phase. When millions of years have passed, and the core temperature reaches up to 27 million degrees Fahrenheit, it causes nuclear fusion to begin. This reaction ignites the core and sets off the next, and the longest, stage of a star’s life cycle, called its main sequence.

Most of the stars in the Milky Way fall in the main sequence category. They exist in a stable nuclear fusion state and convert hydrogen to helium while radiating x-rays. An enormous amount of energy is emitted as a result of this process. This energy keeps the star hot, and we see it shining brightly.

The life cycle of a star consists of billions of years. You might believe that larger stares would have a greater lifespan. However, the size and the lifespan are inversely proportional; the bigger the size, the shorter the lifespan.

How Do Stars Glitter?

Do you ever lie on your rooftop, watching the stars, and wonder: Why do some shine more brightly than the others? The brightness of a star depends on the amount of energy it puts out and its distance from the Earth. This energy is called luminosity. The colors of stars also vary as all the temperatures are not alike. Hotter stars appear blue or white, and cooler stars appear with red or orange hues.

Ancient cultures used these colors for a number of reasons. They looked at the night sky to follow seasons for farming and chart courses across the sea by identifying different configurations and tracking their movements. These configurations are called constellations, and most of them are named after mythical figures like Cassiopeia and Orion the Hunter.

Today, constellations are used as guideposts. They help astronomers name newly discovered stars. Constellations also serve as navigational tools and the famous Southern Cross constellation is used as a point of orientation in the Southern Hemisphere.

Stars & Their Many Phases

Astronomers classify stars into groups by plotting these variables among others on a graph known as the Hertzsprung-Russell diagram. Some groups of stars include the main sequence, white dwarfs, dwarfs, giants, and supergiants. Here’s an interesting fact: The radii of supergiants are a thousand times greater than that of the sun.

90% of a star’s life is spent in the main sequence. The estimated age of the sun is 4.6 billion years, and it is considered an average-sized yellow dwarf star. Astronomers believe that it will remain in its main sequence for several billion years in the future.

As a star nears its death, most of its hydrogen converts into helium. This converted helium sinks to the star’s core and causes the star’s temperature to elevate. As the temperature rises, the outer shell of hot gases expands. These expanded stars are called red giants. However, it is not necessary for a star’s life to always end like this, and its fate usually depends on its size.

The red giant phase is nothing more than preparing the outer layer to start shedding and become a small, dense body called a white dwarf. These white dwarfs cool for billions of years. However, if they exist as part of a binary star system, they might gather excess matter from their companion stars to the point where their surface finally explodes and results in a bright nova. All white dwarfs go dark at one point and quit producing energy. Once they reach this point, they become black dwarfs; a phenomenon astronomers have yet to observe.

Stars go out with a bang and detonate as supernovae. They might appear as swelling red giants on the outside, but their cores actually contract. Eventually, it becomes so dense that there is no option left but to collapse. As a result, the star explodes. This catastrophic burst leaves behind a small core. If it’s large enough, it might become a black hole; otherwise, it becomes a neutron star.

The supernovae follow a predictable pattern of destruction and resulting luminosity. Therefore, astronomers refer to them as standard candles that help them measure the distances in the universe and determine the rate at which the universe is expanding.

Depending on your location, you might see a plethora of stars or none at all. In densely populated areas with pollution, it is nearly impossible to stargaze. On the contrary, some secluded areas are so dark that looking up at the night sky, you can observe it in its ethereal glory. After years of research and space exploration, there is still so much that we have left to discover about stars. Perhaps, a time will come when humankind will uncover all there is to know about these magnificent celestial bodies.