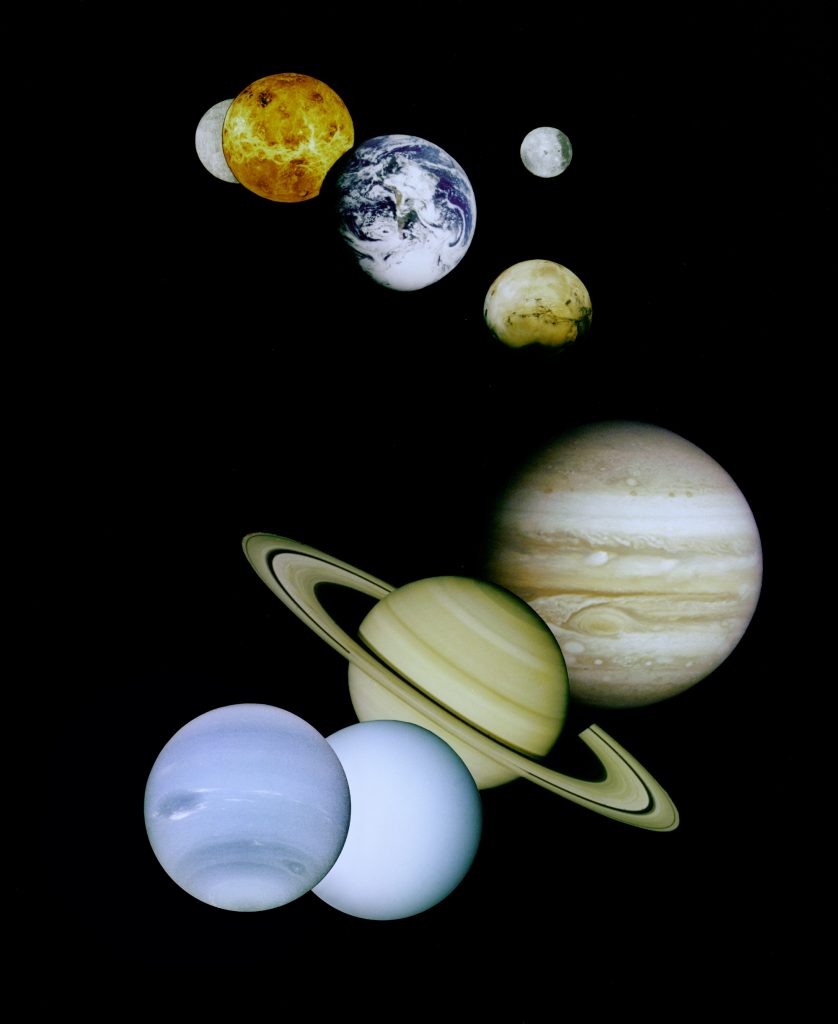 The solar system contains the planetary system and the Sun which orbits it directly or indirectly. Those objects which orbit the sun directly, the largest eight are the planets, the remaining being considerably smaller objects like dwarf planets and the smaller bodies of the solar system like asteroids and comets.  In addition to planets, our solar system also has moons, dust and gas.

4.6 billion years ago, the solar system formed from the gravitational collapse of a huge interstellar molecular cloud. The huge majority of the system’s mass is in the Sun, and, most of the residual mass is contained in Jupiter. Venus, Mercury, Mars and Earth and the terrestrial planets are the four smaller inner planets, are mainly composed of metals and rocks. The four outer planets are huge planets and they are largely more enormous than the terrestrials. Saturn and Jupiter are the two largest planets and they are gas colossal. Mainly, they are composed of Helium and Hydrogen. Neptune and Uranus are the two outermost planets and they are the ice giants. Compared with Hydrogen and Helium, they are composed of substances with relatively high melting point, called ices, like ammonia, methane and water. Almost all the planets have circular orbits which lie in a flat disc known as ecliptic.

In the late middle ages, most people believed, Earth to be stationary at the center of the Universe. Johannes Kepler, Galileo Galilei and Isaac Newton discovered an understanding of Physics which led to the continuing acceptance that Earth moves around the sun and the planets are administered by the same physical rules which are administered by the Earth.