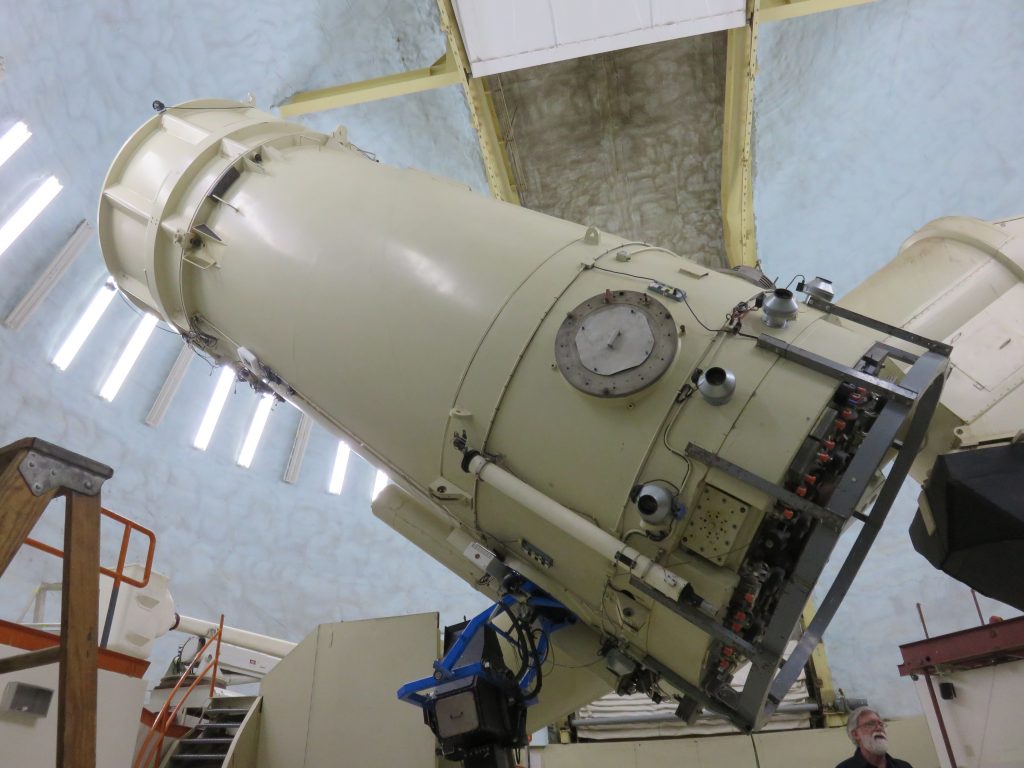 Astronomy is a natural science; it is the study of celestial objects. Observational astronomy is part of the astronomical science; it includes the study of registered data, as against conceptual astrophysics. Astrophysics is mainly interested in finding out the measurable significance of physical model. In observational astronomy, celestial objects are observed by using telescopes and other astronomical apparatus.

As a science, in the study of astronomy, direct experiments aren’t possible due to the universe being distant, but astronomers can partly comprehend it by the fact that they have huge numbers of perceptible examples of data associated with stars and space that could be examined. These examined observational data; one can trace on a graph and record the general trends. Here, take the example of specific phenomenon, such as a variable star, whose brightness as seen from the earth seems to fluctuate. These can be used for deducing the behavior of remote representatives. For measuring different phenomena in that neighborhood, including the distance to the galaxy, these distant yardsticks can be employed.

Galileo Galilee turned the telescope heavenwards in the autumn months of 1609. As the telescope, technology grew, so did the advancement in observational technology.

Optical astronomy uses optical components like mirror, lenses and detectors to monitor light from near infrared to near ultraviolet wavelength and studies the measurement of the electromagnetic spectrum wavelength.

Infrared astronomy includes detection and study of the Infrared (IR) radiation (heat energy) emitted from an object in the universe. Infrared light wavelength ranges from 0.75 to 300 micrometers.

Radio astronomy includes the study of celestial objects that give off radio waves. It detects radiation in the millimeter to dekameter wavelength using a receiver similar to the one used in radio broadcast transmission, but they are more sensitive.

Ground based observatories are capable of measuring radio and optical wavelengths due to the transparency of the atmosphere for clear wavelength observation, For reduction of absorption and distortion which happens due to Earth’s atmosphere, observatories are placed at high altitudes. Since water has a habit of absorbing infra red light, some of these observatories are located at extremely dry locations or in space

The Hubble Space Telescope is one which was established, into low earth orbit in 1990. It still remains working. Near ultraviolet, visible, near infrared spectrum is observed by Hubble’s four main instruments that use a 2.4 meter (7.9 ft) mirror to observe infrared and near ultraviolet spectrums. The telescope takes its name from the astronomer, Edwin Hubble.

The Chandra X-ray Observatory, earlier known as the Advanced X-ray Astrophysics Facility (AXAF) is a type of the space observatory first established by NASA on July 23, 1999 as STS-93. Chandra is fragile to X-ray sources when compared to earlier X-ray telescopes and is empowered by its mirror that has a high angular resolution/. Since the Earth’s atmosphere absorbs a great portion of the x-ray Earth-based telescopes prove inadequate, for which reason, only space based observatories with telescopes, can do the job.  An earth satellite, Chandra on a   64-hour orbit that was programmed to work till 2015.